Every year when we read The Three Bears, we pull out the honey bears for some painting fun. This year, I added a slight twist to the usual suspects... 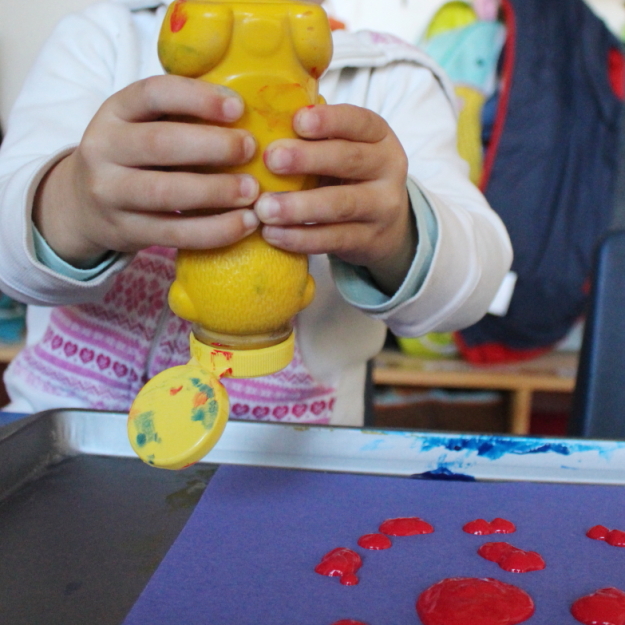 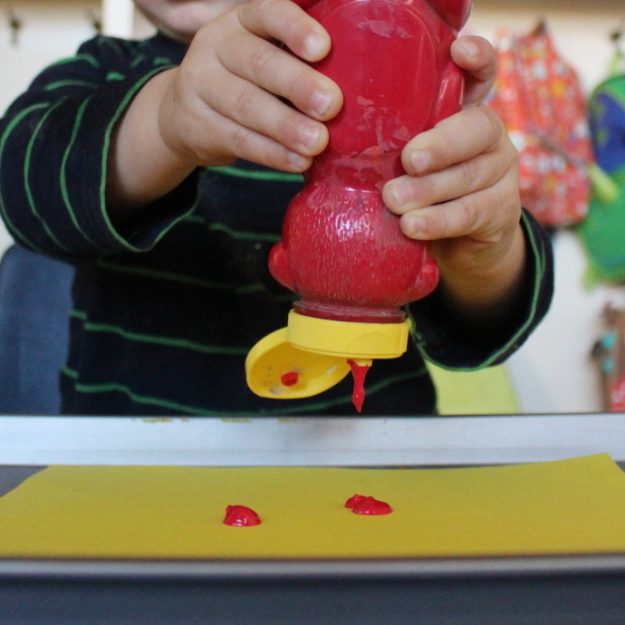 The children selected a square of construction paper in either red, white, blue, or yellow. They would then place their paper into the cookie sheet and get ready to engage those squeeze muscles. It isn't easy to squeeze paint out of a honey bear! 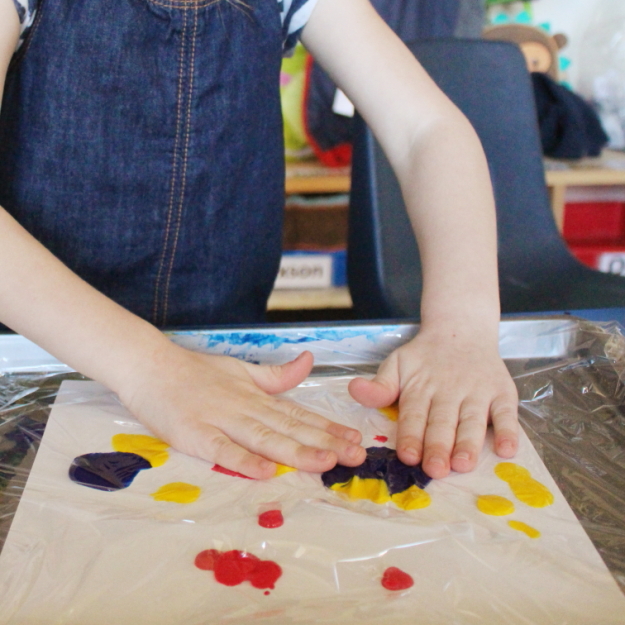 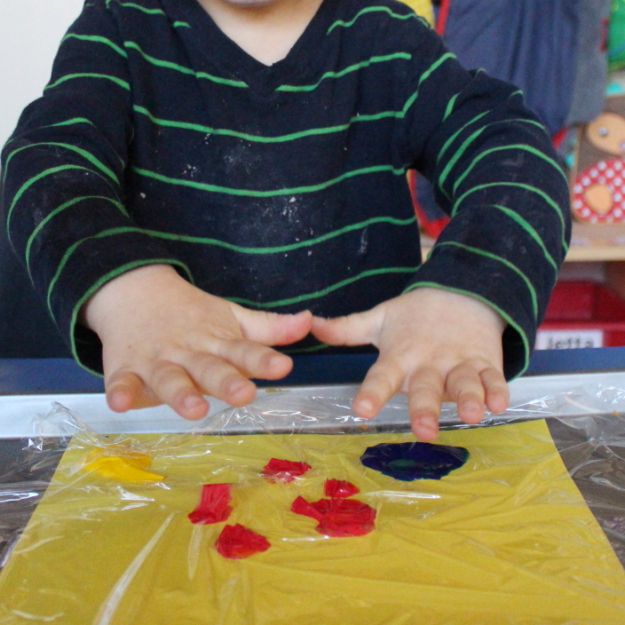 The children added paint to their heart's content then placed a sheet of plastic wrap on top of the happy mess. Once the plastic was placed, it was time to smoosh away. 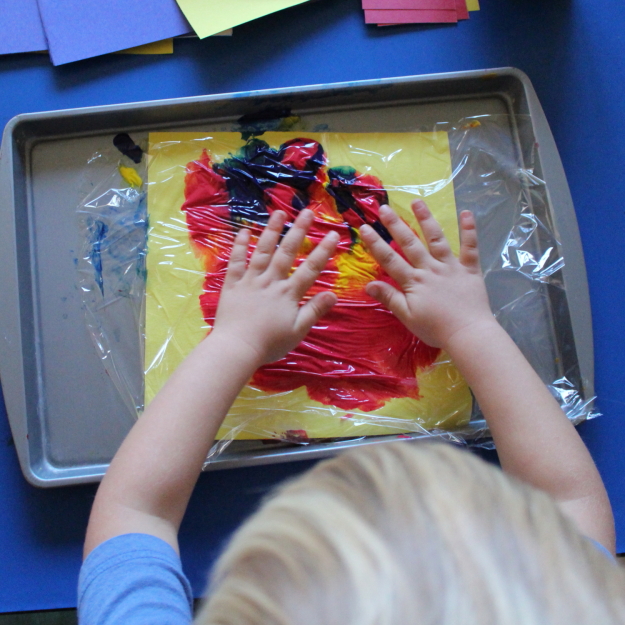 Their favorite part was the magic of not getting their hands covered in paint (and this is a class that LOVES to cover their hands in paint!) 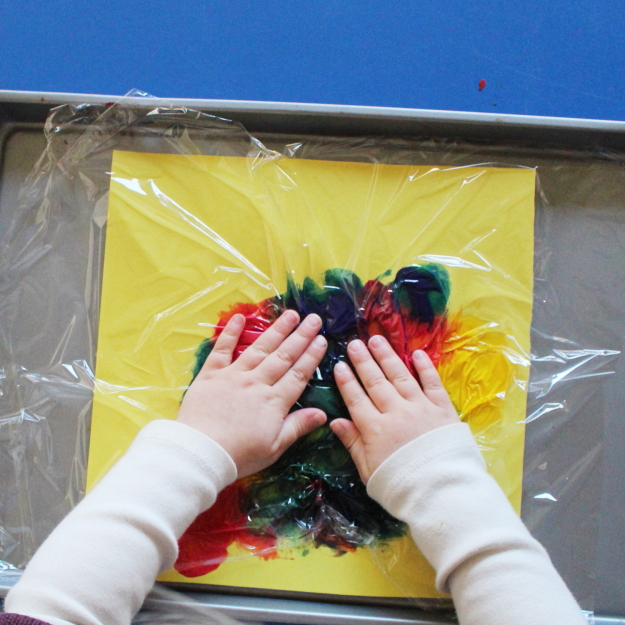 Minds may have been blown!

I wish I had thought to take photos of the final art...I may have but I cannot find them...we also taped up some of the pieces of plastic into our windows...all sorts of colorful pretty!

Enjoy!
Posted by j. wilson at 9:39 PM No comments: Links to this post 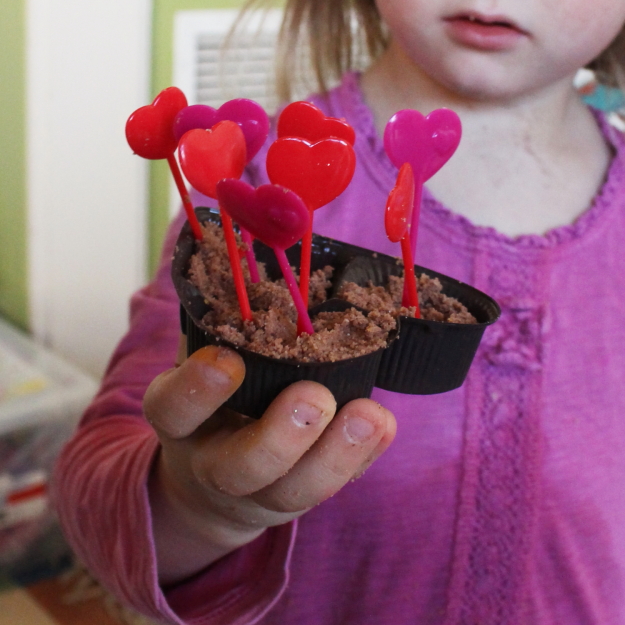 I tried, I really did, but as far as dough goes, I failed (well, sort of, at least in this instance.) I picked up some coconut flour and thought if I added cocoa powder to it and cooked it up like regular play dough it would work....I thought wrong.

I added the flour, then the cocoa, some cornstarch, and less water than usual and it looked like it might ball up but it didn't. It got too fluid and goopy so I added cornmeal and nothing happened. At this point I had about 6 cups of crumbly stuff that I was told smelled divine but what could I do to salvage it? Ooh! I know...turn it into a microwave mug cake...um....yeah, that bombed too. 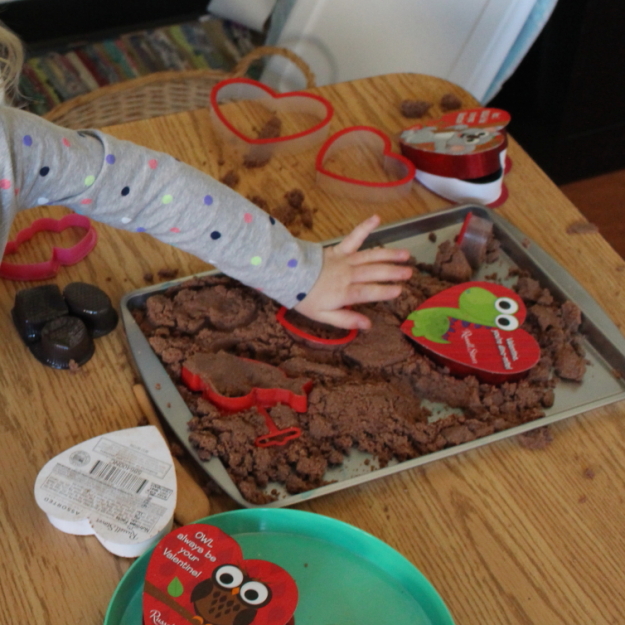 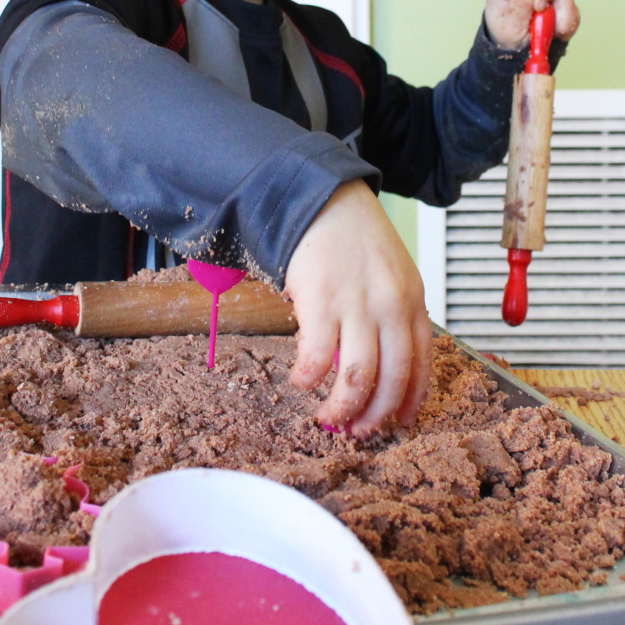 It appears the kiddos loved it... 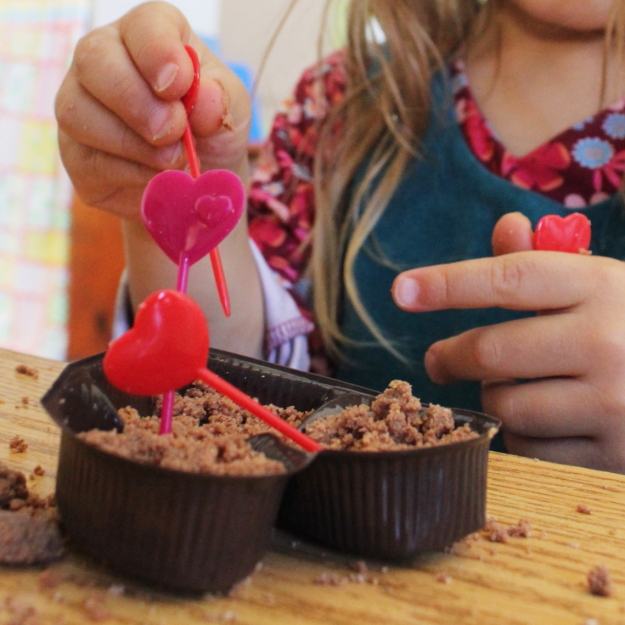 Coming up, the successful gluten-free playdough recipe I rocked. Stay tuned!
Posted by j. wilson at 9:44 PM No comments: Links to this post 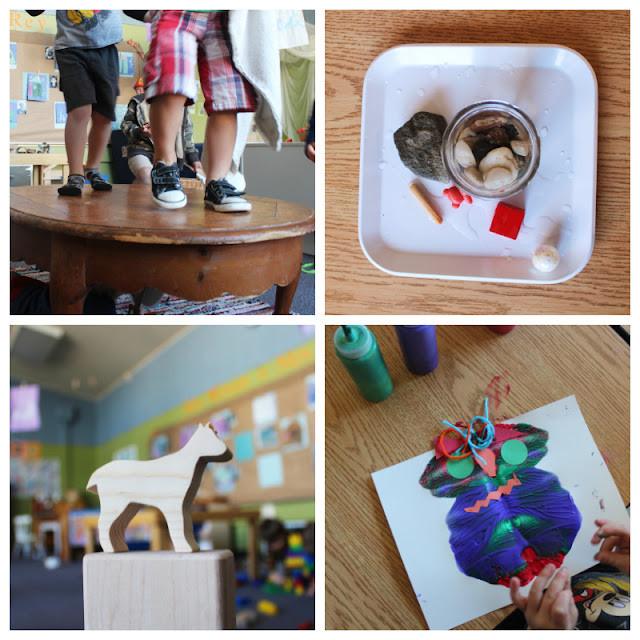