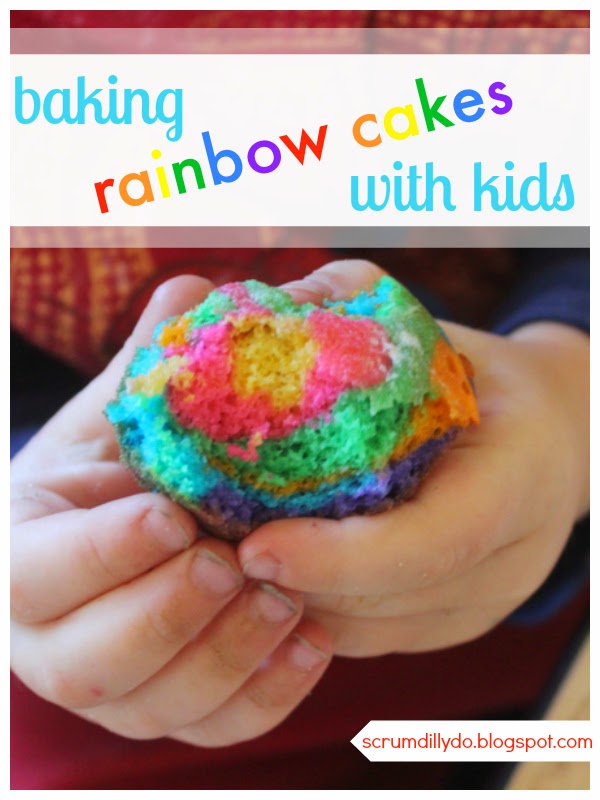 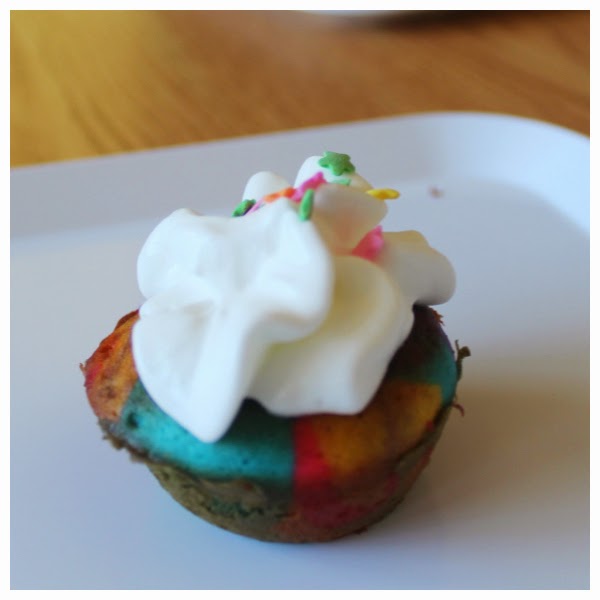 For this activity we used a box mix. The children all sat together at our main activity table while we discussed the ingredients used in cake-making. Some of the children remembered that Ruby used milk and eggs to bake Grandma's cake and so I showed them the eggs I had brought and talked about the niftiness that is a cake mix. We sat at our tables and reviewed ingredients before I began mixing. The children took turns passing the bowl of dry cake mix around for a whiff. They were quite excited. 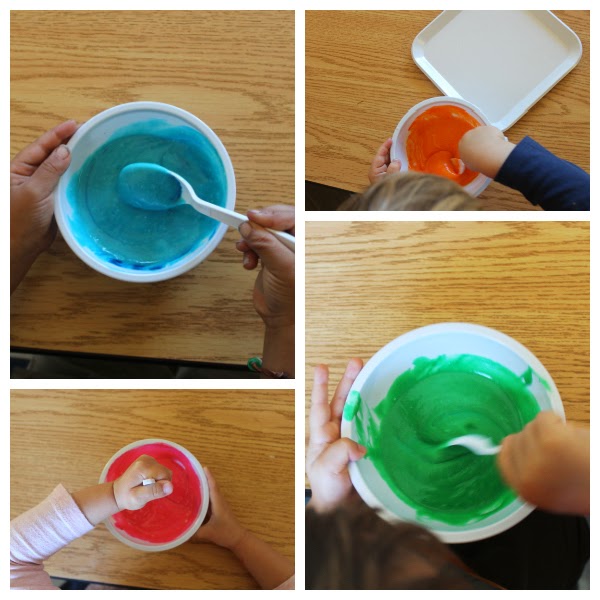 After I had mixed the batter up, we portioned out the batter into some white classroom bowls purchased from the discount store. I prefer to use real dishes as opposed to disposable when we can. The children took turns picking out one of the colors from the rainbow, with the last two colors being happily claimed by the last two children (we had six that day so it worked out perfectly!) They quickly got to mixing. I forgot our wooden spoons so plastic it was, drats! 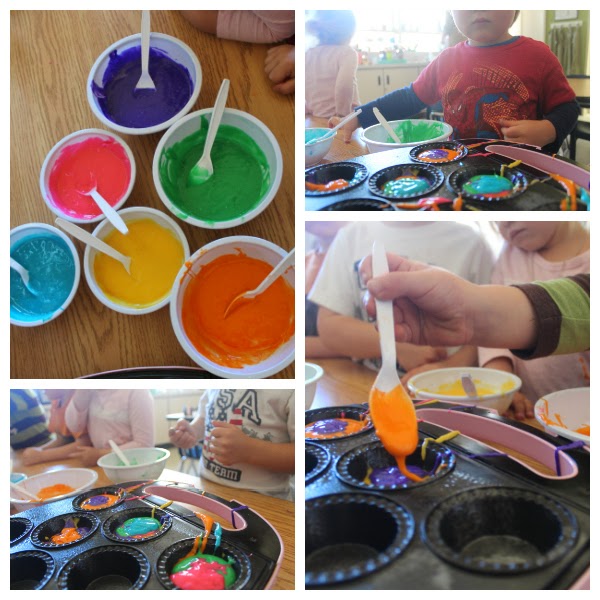 When we bake in our classroom we use our Baby Cakes cupcake maker. I found it at Bed, Bath, and Beyond for $5 after a big sale and some coupon magic! The maker does not heat up until you plug it in and there are eight mini cupcake wells inside. We have used it for cupcakes, muffins, and pie. I love it! The children waited patiently for their turn to drip, drip, drip a rainbow of batter into their cup. I made a quick diagram of whose cupcake was whose on a piece of scratch paper. 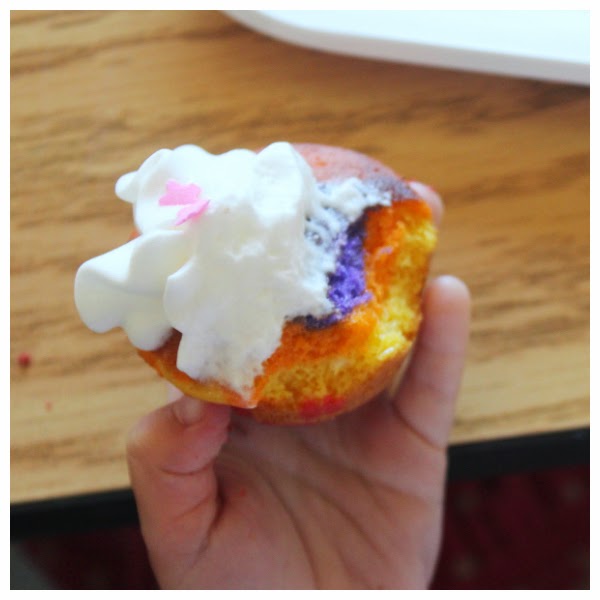 After 10 minutes the cupcakes were done! The cupcake maker does get hot so make sure there is an adult near it at all times or that it is tucked away from anxious little hands. The first batch of cupakes were gently scooped out with a silicone spatula and placed on a place in the order they baked and set aside to cool. The remaining batter (there was a lot of batter, I wonder if I could hack the recipe on the box with one scoop of cake mix) was scooped in by the teachers and enjoyed after class. 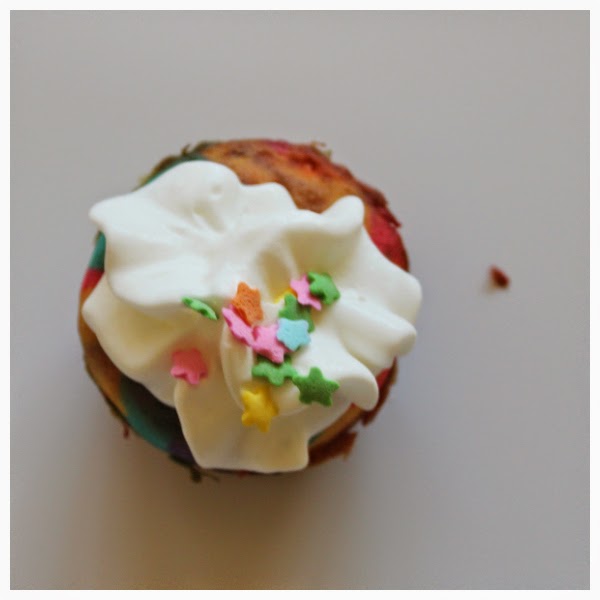 The children were presented with their very own mini cupcake on a plate with a dollop of whipped cream and a smattering of sprinkles. Had we had more time, we would have made the whipped cream in class but we were pushing it.

The verdict? Delicious!
Posted by j. wilson at 8:39 PM No comments:

Email ThisBlogThis!Share to TwitterShare to FacebookShare to Pinterest
Labels: A Rainbow of My Own, rainbow fun, rainbow week

classroom set up for Spring

Email ThisBlogThis!Share to TwitterShare to FacebookShare to Pinterest
Labels: and now it's spring, classroom set up, in the classroom, spring 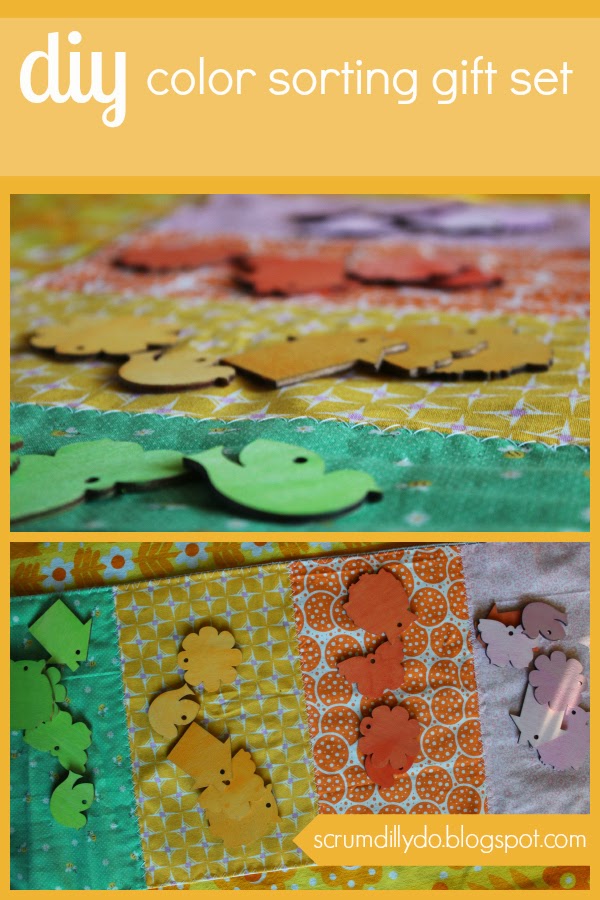 I whipped up this adorable color sorting set for a dear little back in January. It can be used in a number of ways and packs a pretty punch. 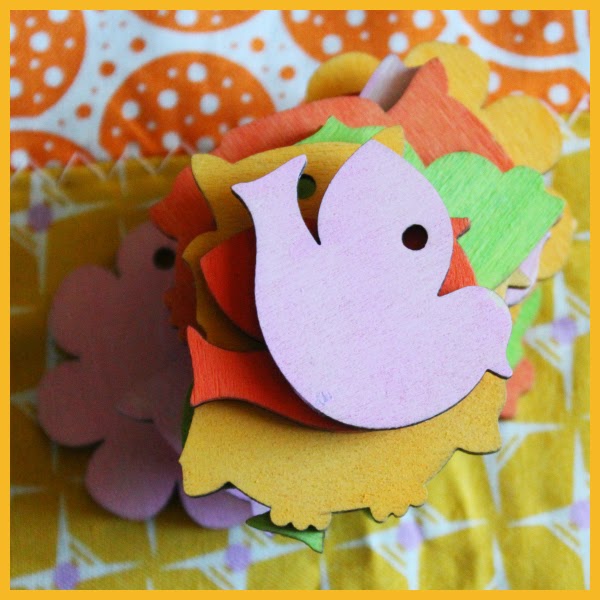 I found these sweet wood tags at Michael's for $1.99 for a set of 10. I purchased two packs to make the color set worthwhile. After rifling through my fabric stash for happy fabrics I picked out four prints and matched my paints to them. 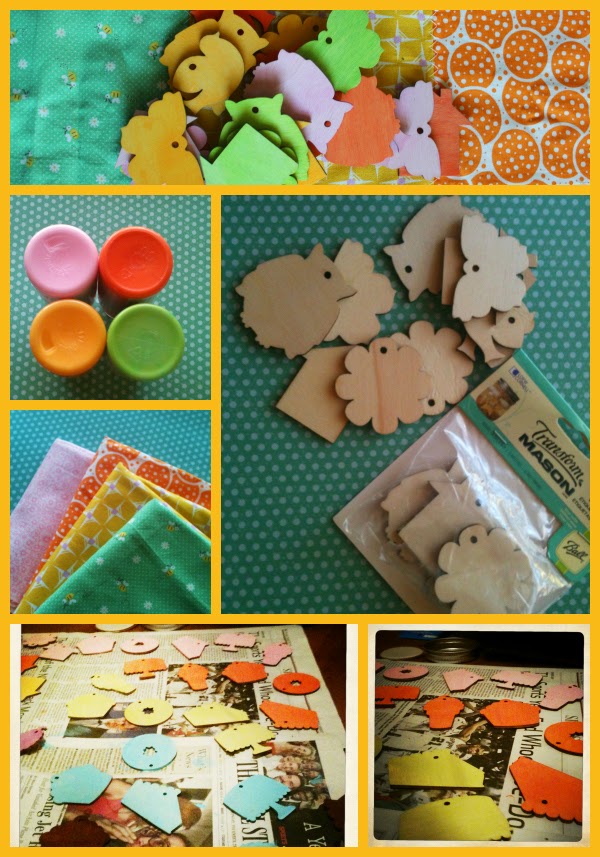 To paint the shapes, set out some wax paper, grab a brush, and give each side a coat or two, allowing dry time between coats. Takes less than half an hour to dry. I aimed for a color wash so used very little paint. 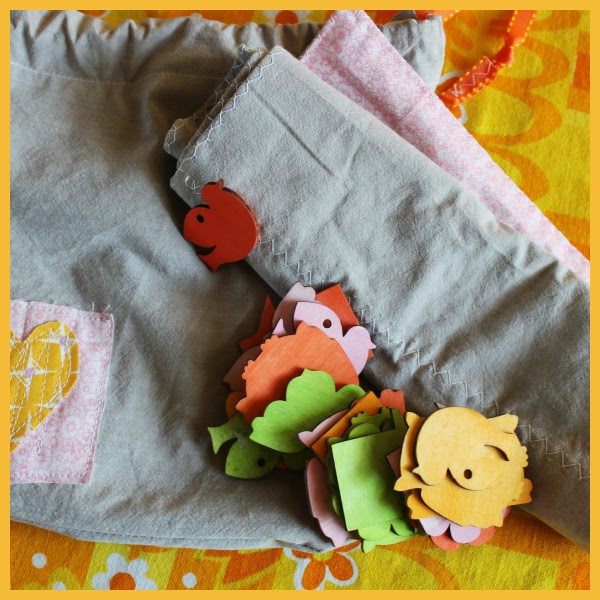 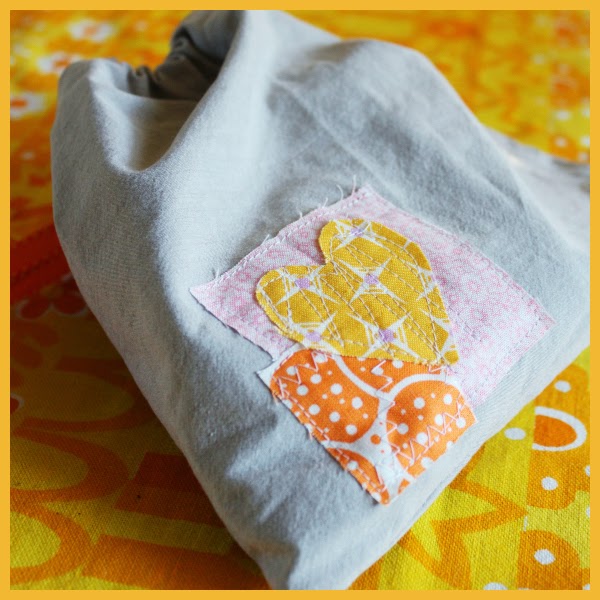 To make the bag, I used this project. Use a piece of fabric that is about 12"X8". If you want the bag to have the happy bit of patchwork on it, fold the fabric in half before stitching into a bag and randomly stitch fabric scraps into a happy pattern. 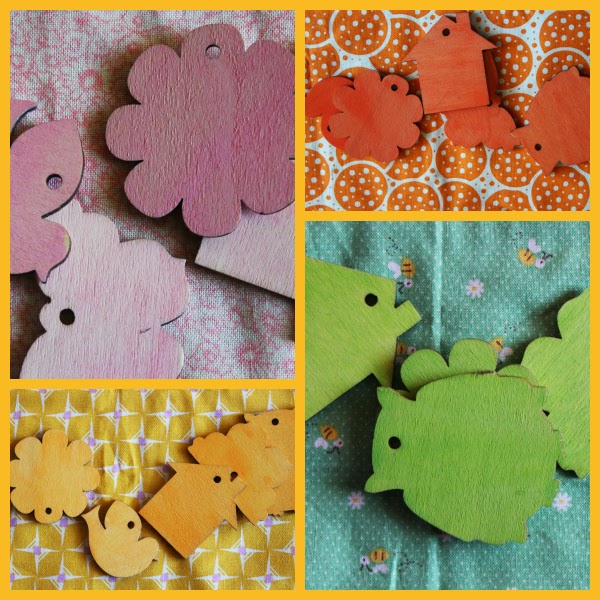 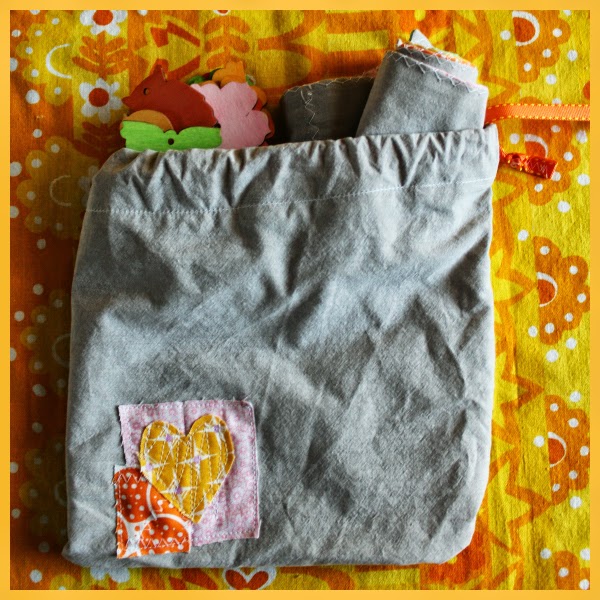 For presentation, roll your mat up, pop it into the bag along with the wood shapes and give it away! Enjoy! I hope this inspires you.
Posted by j. wilson at 2:38 PM No comments: 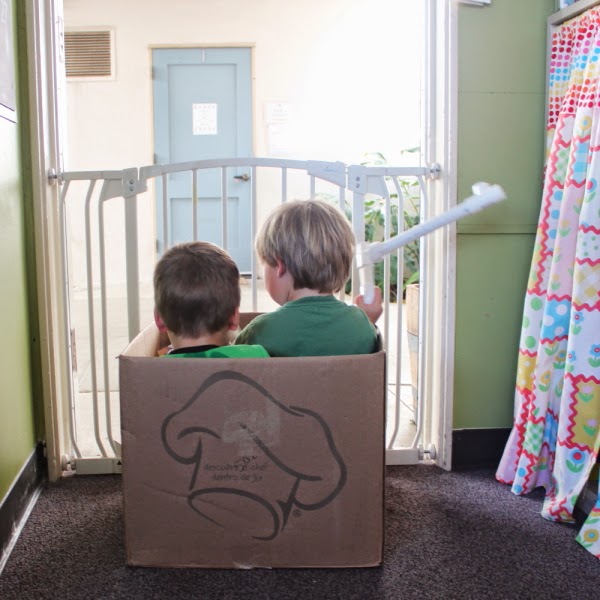 Email ThisBlogThis!Share to TwitterShare to FacebookShare to Pinterest
Labels: box play, imagination, in the classroom, not a box, power of play

leaving on a jetplane... 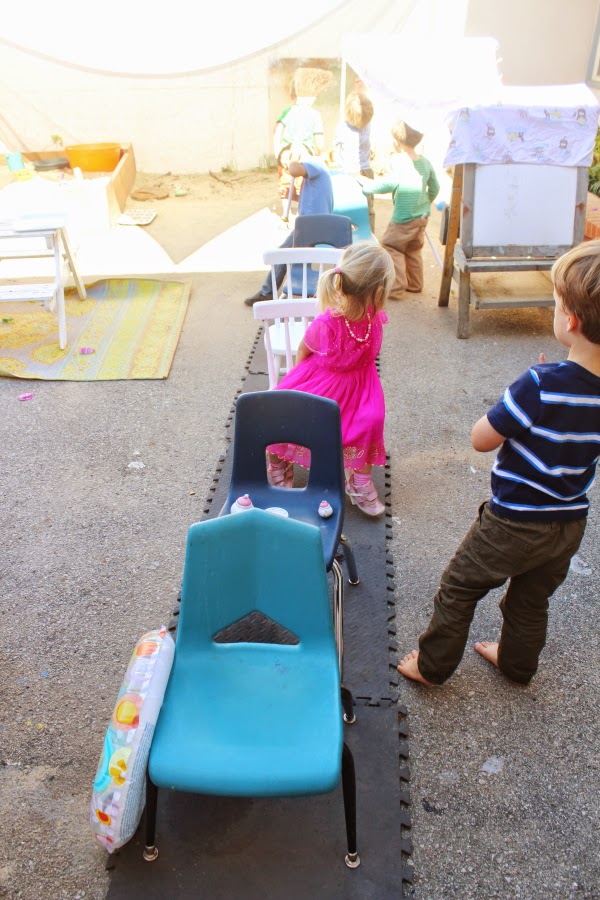 When the kiddos are outside in our small play yard I do busywork in the kitchen and watch them through the windows. They get so involved in their play and I find that when I am close they check themselves as if any grown-up will make them stop what they are doing so I stay hidden. The outside play began with two groups. One group in the sandbox dig, dig, digging away, and the other at the table with the magical tea set that they so love carefully holding the dainty ceramic cups as they poured cup after cup of glittery orange tea.

The children played and I washed our paint cups. They screeched and laughed and clamored and negotiated. I wiped down the tables and stacked our chairs. One of the kiddos ran into the kitchen to get a chair but they were all stacked up save for one. She grabbed it and took off. Next, another kiddo came in and found all the chairs stacked up and groaned in dismay. I reminded him that there were more chairs in the classroom and he stood there in the classroom concentrating on finding the chairs. The chairs they use everyday at the art table, light table, and play kitchen. When he spied one he grabbed it and dashed outside exclaiming "Guys! Guys! We can use all the chairs in the room!"

And so they did. They lined up all the chairs they could carry atop the black mats that I find irritating as we have no place to store them and they slip from their stack every day (can you imagine if I had removed them from our yard?). They lined up the mats, carefully connecting them to each other then placed the chairs on top. There was a tea set to serve refreshments and an inflatable intertube as steering wheel. The sandbox had been abandoned. The firetruck play was put on hold. The ever popular marble run was discarded. They all worked together to build a plane that was to fly them away to great adventures.

I think the adventure has already started.
Posted by j. wilson at 11:03 PM No comments:

Email ThisBlogThis!Share to TwitterShare to FacebookShare to Pinterest
Labels: in the classroom, outdoor play