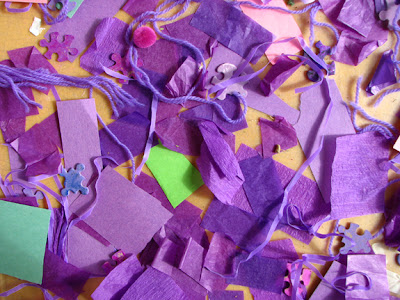 Purple Cake Day is this week so we're in a whirl of purple at the school. Setting up art projects and centers within a theme is always a fun thing. You can make old things seem knew simply by switching up the colors or materials. 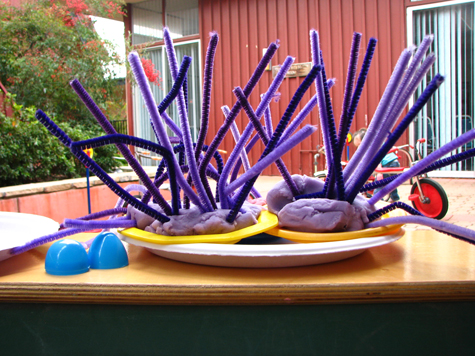 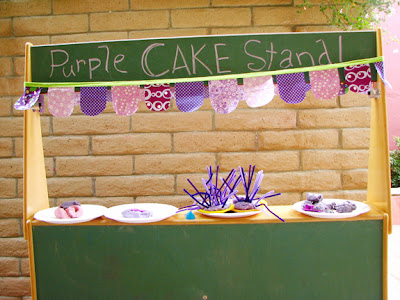 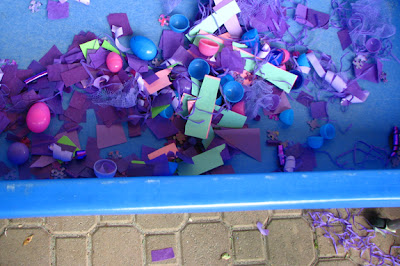 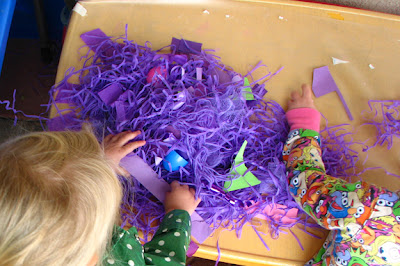 The water table is filled with collage materials in purple and makes for a great mess! 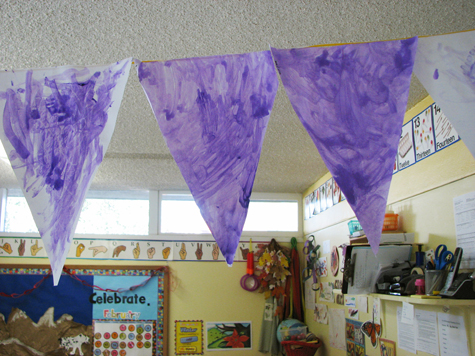 We've been mixing purple and painting with purple. Our flags of hope are decorating the classrooms and the children are learning about Nepal.

Email ThisBlogThis!Share to TwitterShare to FacebookShare to Pinterest
Labels: in the classroom, purple

Who Needs Blocks to Build? 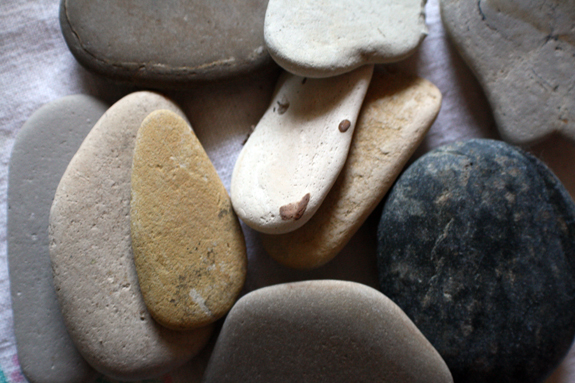 Last week I was hanging out with a couple of four-year-olds as they dumped over a bin of blocks. To accompany the blocks, they also had a container of river rocks. Some smooth, some lumpy, some large and some small. The usual block structures were immediately assembled topped off with rocks for decoration. The children asked me to build with them so I wondered out loud if the rocks could be used to make a tower or structure. 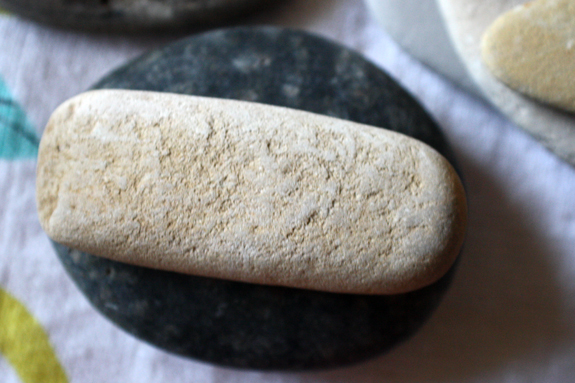 One young girl took two rocks and placed them atop each other and exclaimed that they could. I asked how many did she think she could stack. She tried to add a third, much larger and lumpy, to the top of the two and it all tumbled apart. She tried to restack with the same results and eventually she figured out the balance of larger rocks on the bottom. 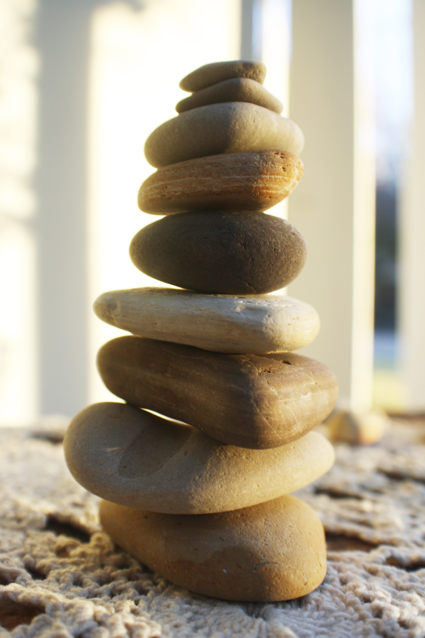 Rocks went up and tumbled down over and over as she grew frustrated and excited at the same time. Soon enough she called my name and pointed in excitement at her eight-rock-tall tower. Eyes all wide and mouth all smiles she clapped and said "I did it!" I said that I could see that she used her focus to build her tower. I wondered out loud if I could build a tower like that and picked up a small rock and placed it in front of me. I then added a larger rock followed by an even larger rock and the whole thing slip-slid apart. The young girl then told me that I should start with a larger rock. She said that she found a pattern (we talk a lot about patterns)..."biggest to smallest!" is what she said and then she informed me that the flat rocks worked better, the lumpy bumpy rocks were too bumpy, as she waggled her hands about to illustrate her point. Together we built another tower with much hoopla and giggles as I handed her rocks to large or too bumpy. Each time she would repeat why they wouldn't work and I smiled because this discovery would not have happened had we stuck with the uniform blocks from the bin. 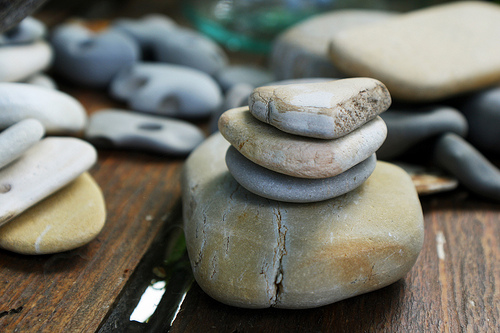 *I did not have my camera with me so all pictures are from my own rock collection and adventuring. Block building and other stacking items are instrumental in teaching children math and science concepts. Be they large or small, flat, uniform or crazy shaped, there is much a child will learn through block play and stacking toys. If there is one investment to make towards your child's toybox, I would recommend blocks. You are never too old for blocks!
Posted by j. wilson at 9:30 AM 1 comment: 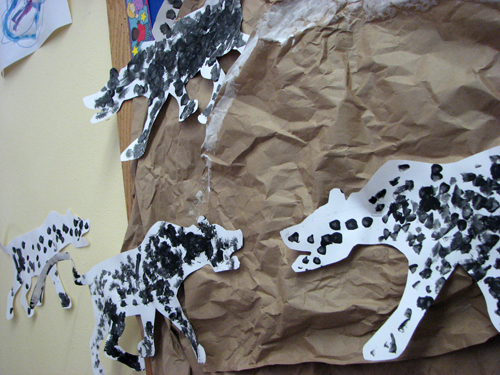 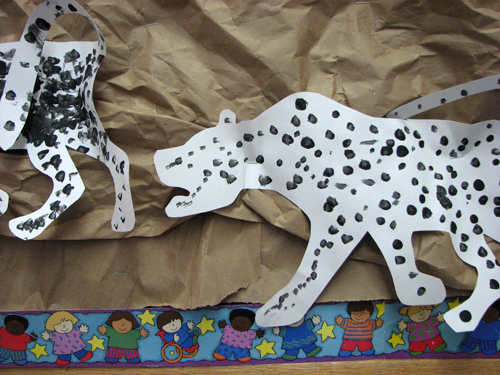 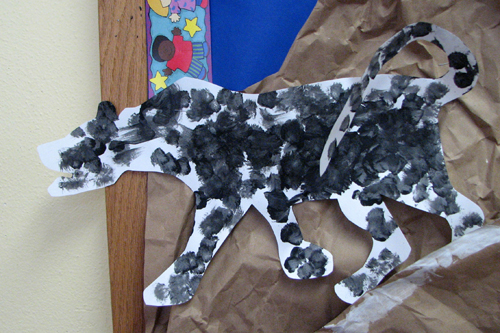 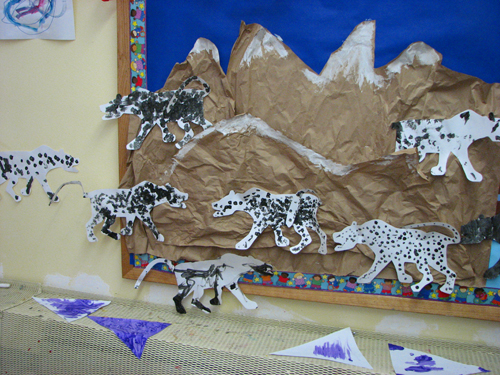 Tiny spots, enormous spots, spots jabbed out lickety-split and wily-nily covered their paper leopards every-which-way. Not one was the same yet they used the same tools. While child-driven and open-ended art are my go-tos, there is something to be said for a follow-the-instructions kind of process. Take a silent seat, listen carefully and watch the magic unfold. It's all in the details.
Posted by j. wilson at 7:47 AM 2 comments:

be my valentine: irresistable 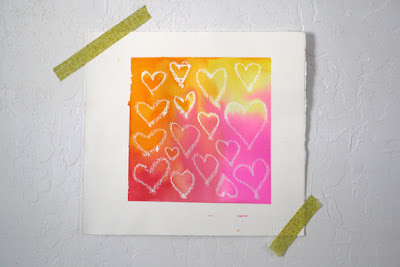 Here is a lovely watercolor, crayon resist you and your kiddos can whip up in no time. All you need is painter's tape, heavy paper (water color paper works best), a white crayon or oil pastel and watercolors. 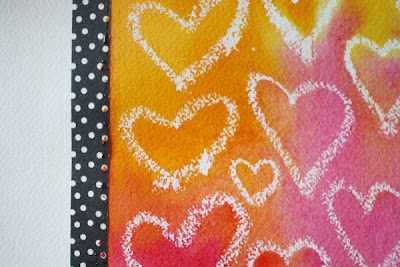 Mask out a square with your painter's tape. Have your kiddo cover their paper with drawn hearts using the white crayon or draw some hearts for your kiddo. Have your kiddo paint on water to dampen the paper and let them go to town with their paint. Stick with one color or limit your kiddo's palette to two or three that wil mix happily when they run into each other.
Set aside to dry, remove tape and hang!
Posted by j. wilson at 7:23 AM 2 comments:

be my valentine: sweet treats round up 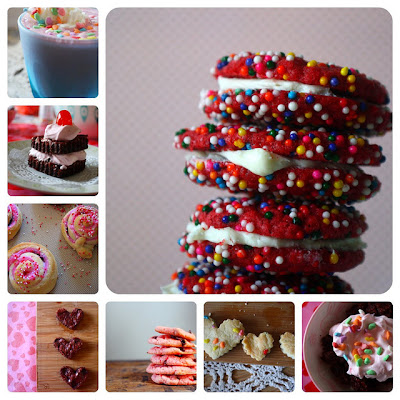 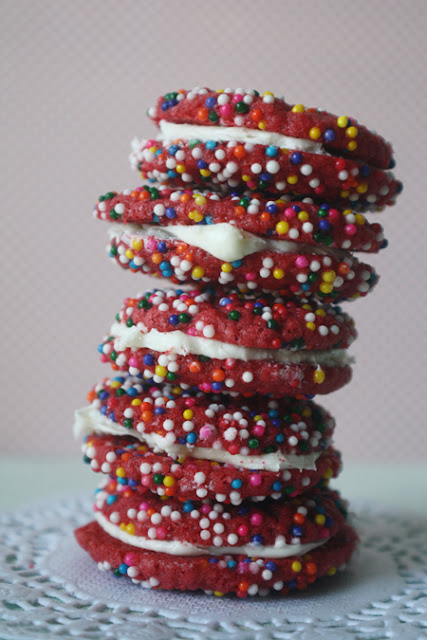 Recipe over on scrumdillydilly!
Posted by j. wilson at 3:24 PM No comments:

be my valentine: i only have eyes for you 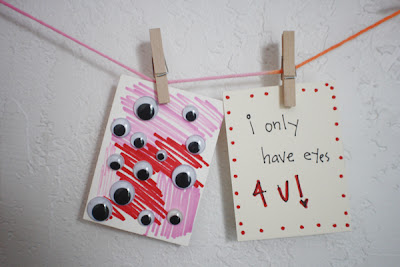 If you've got glue and googly eyes, yer good to go. Hand your kiddo some markers or crayons first to decorate their blank cards, have them sign the back then let them get all glue happy. Set aside to dry and have fun! 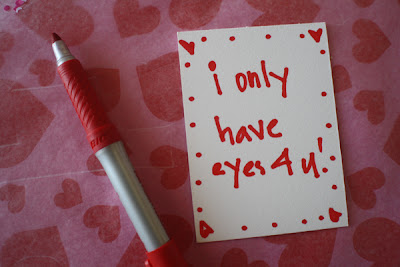 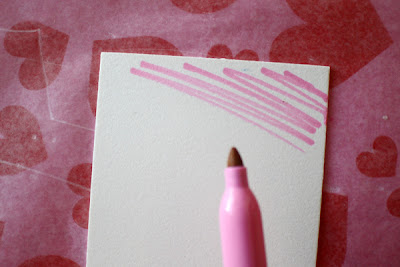 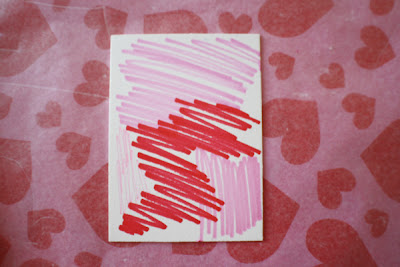 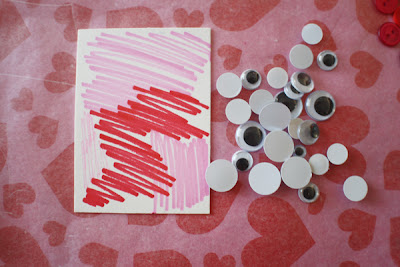 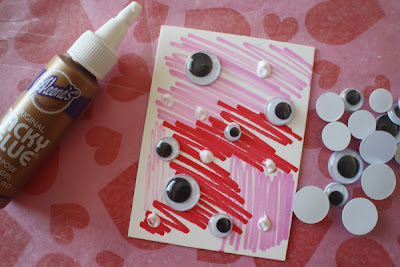 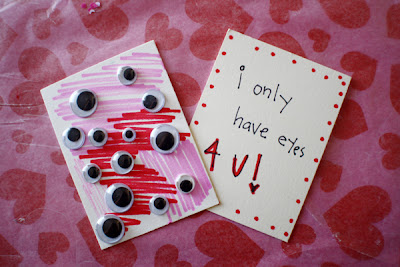 be my valentine: blended strawberry milk 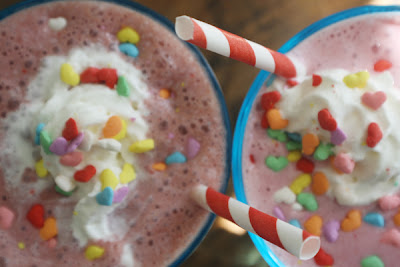 This is a super tasty blended drink that I actually enjoy more than a milkshake! This recipe blends up two small servings and has very little added sugar. You can sweeten it up if you like it is pretty adaptable. 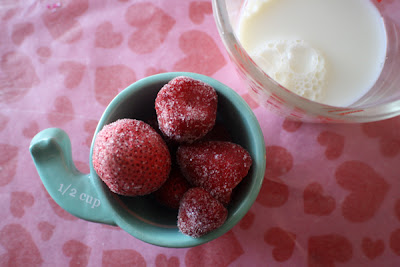 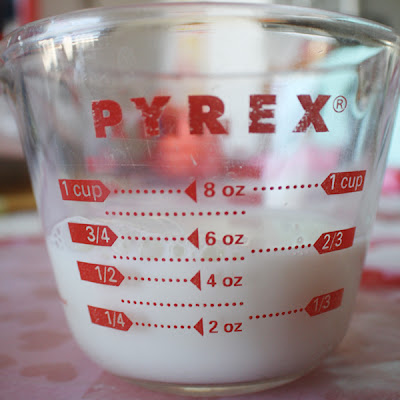 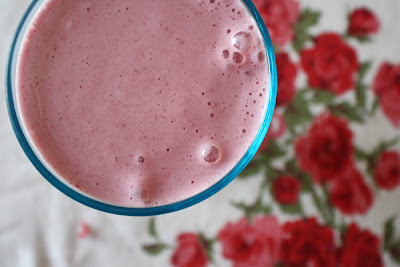 Blend milk and strawberries in a blender until smooth. For a vanilla blend, add vanilla and a smidge of sugar if you like. For chocolate, add the Ovaltine. Pour into fancy glasses and top with a dollop of whipped cream. Add a smattering of sprinkles, pop a happy straw into the mix and enjoy! 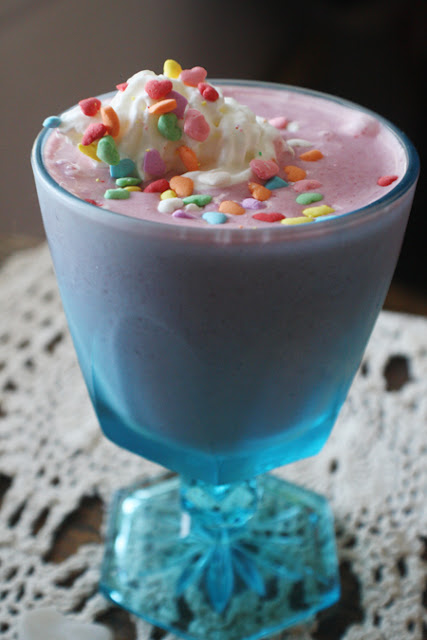