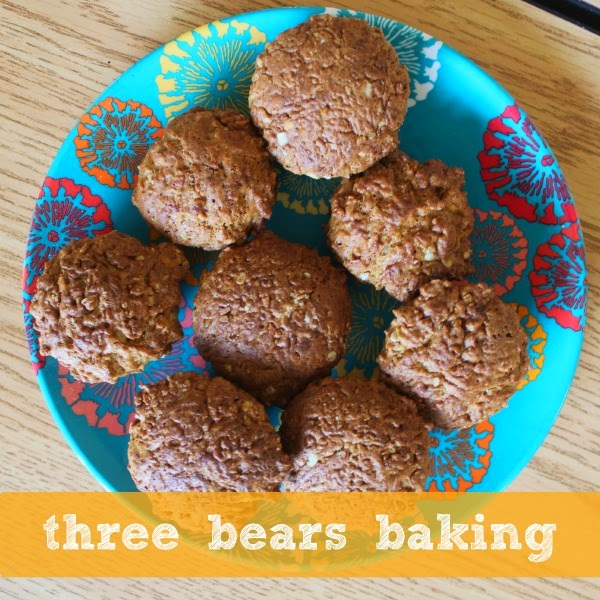 For our week of The Three Bears we created a porridge muffin recipe using our cupcake baker. For ingredients I set out all of the usual suspects along with three measuring spoons and three measuring cups. 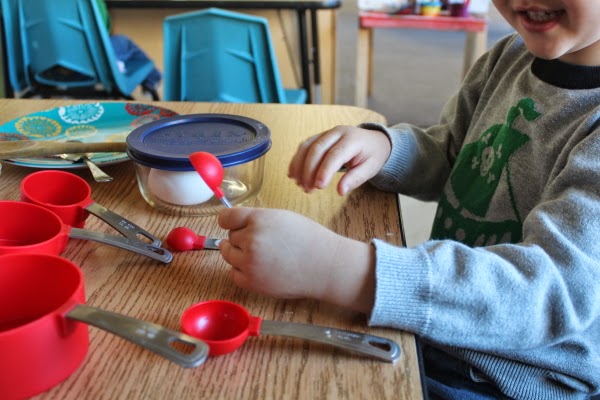 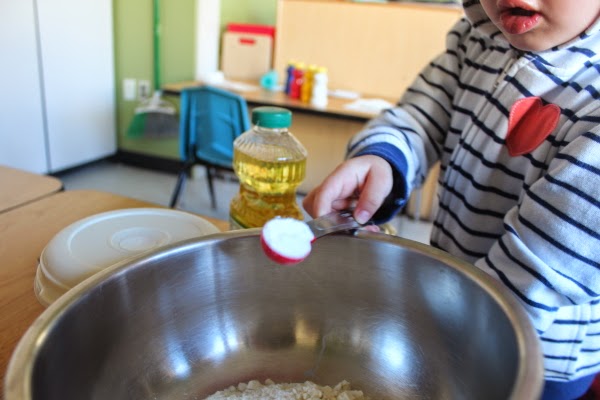 We bake a lot in class so the children know that we use flour, sugar, oil, eggs, and sometimes milk. I held up the measuring cups/spoons and named them...Papa Bear, Mama Bear, and Baby Bear. We began with flour and the children got to decide how many cups and which cup at that, of flour we needed. 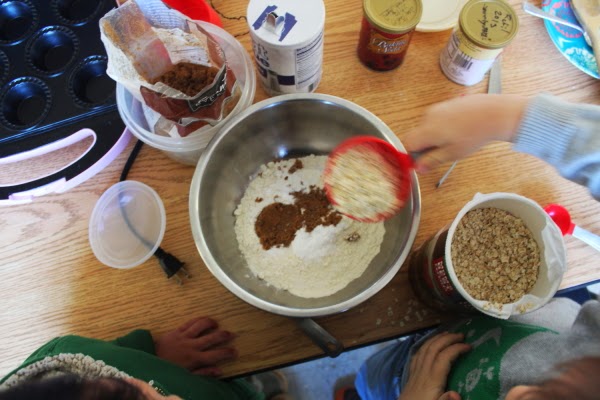 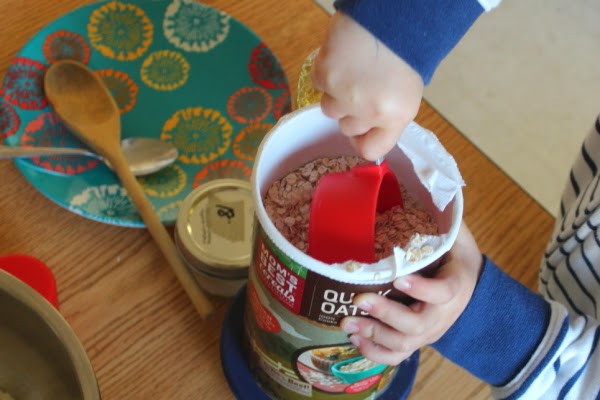 After flour, we added oats, then sugar, eggs, backing soda, baking powder, and a dash of cinnamon for good measure. The children really favored the Baby Bear measure and I decided to pose question about quantity once we had mixed everything up "Do you think this is enough batter for everyone to enjoy a muffin?" After a few rounds of negotiation, the children decided to add more oats and just a little more flour. 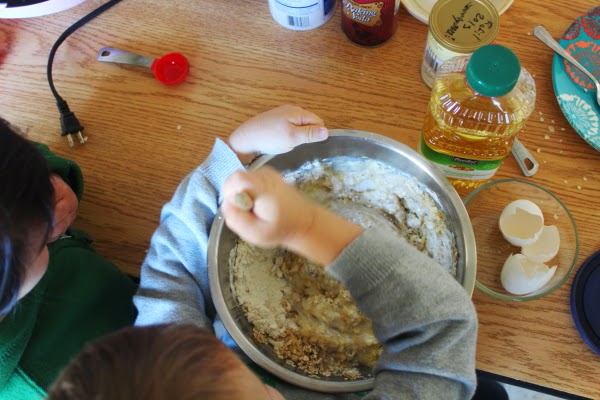 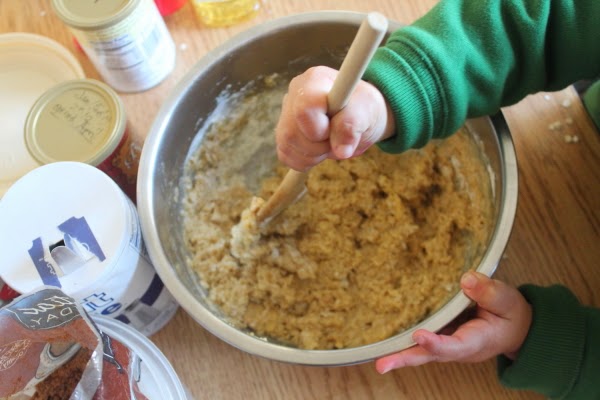 We mixed and mixed and added one heaping cookie scoop to each cupcake well, closed the lid and plugged in the baker. The children know that the baker is off limits once the lid is closed and went about playing in the classroom until it was snack time. 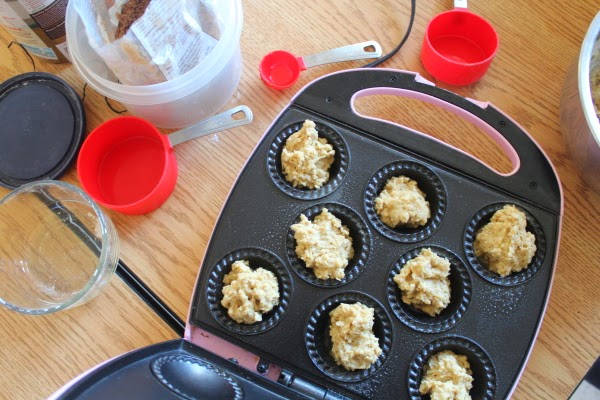 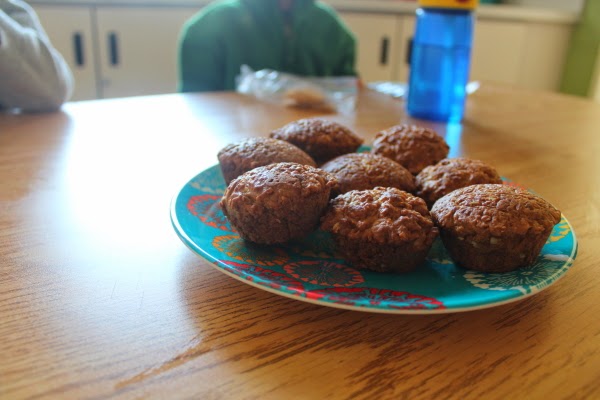 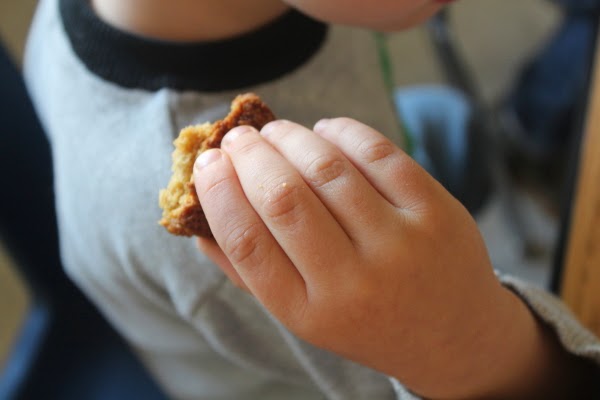 The children were so proud! The muffins were super dense and surprisingly NOT sweet and they ate every last crumb.
Posted by j. wilson at 5:03 PM

Email ThisBlogThis!Share to TwitterShare to FacebookShare to Pinterest
Labels: baking with kidlets, in the classroom, three bears