our week of sunflowers 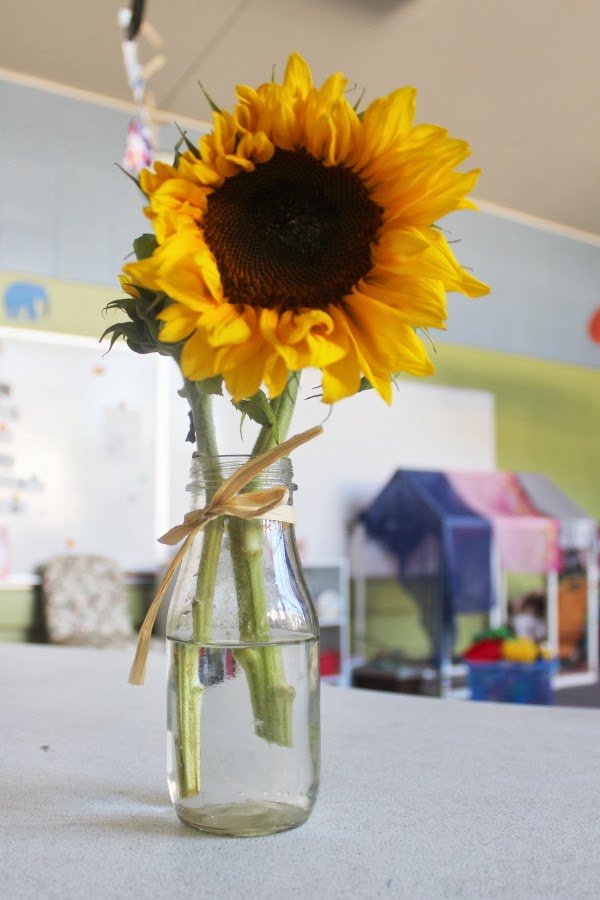 Fall is a lovely time to study sunflowers. Our literature for the week was The Lion and the Mouse. I added sunflowers to the mix since they were growing all over town and in season. It helps that a sunflower can resemble an artistic lion...if you squint a bit. 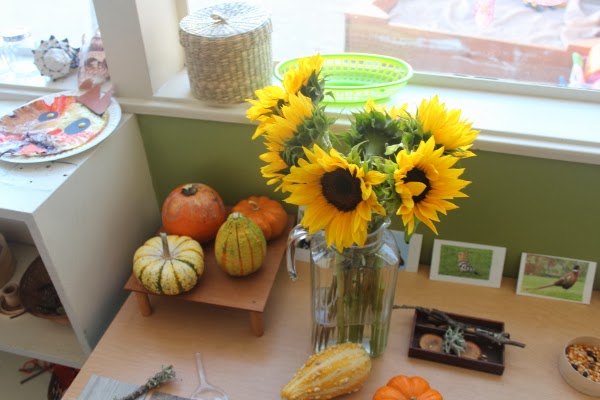 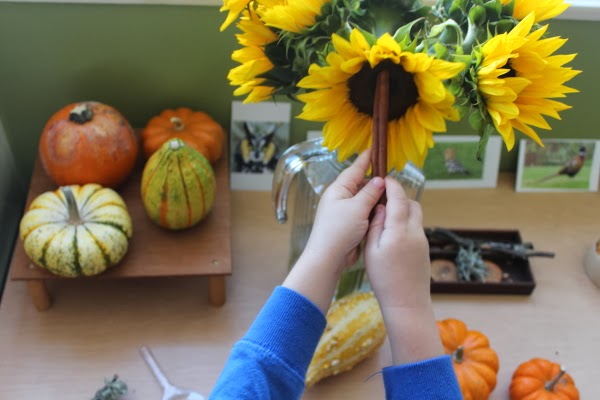 My sunflowers at home had gone past a few weeks before and I saved one of the dried head for exploration. Since I had no fresh flowers I picked up a bouquet at Trader Joe's and popped them all about the classroom. One large bunch was featured on our nature and science table and one of the students got to exploring it with a cinnamon stick. Of course! 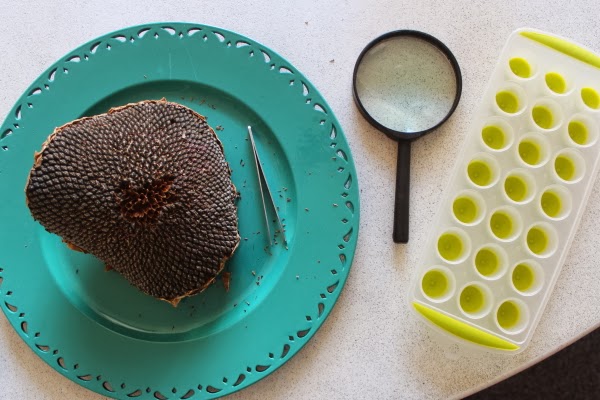 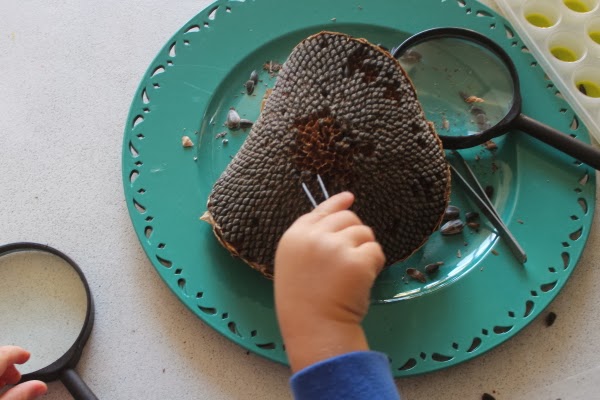 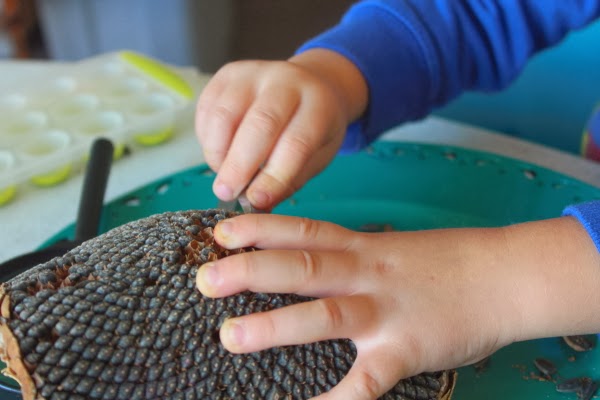 Before placing the flower head on the table, I brushed at it a bit to make it a smidge less pokey. The children explored it with our magnifying glasses and used tweezers to remove seeds. 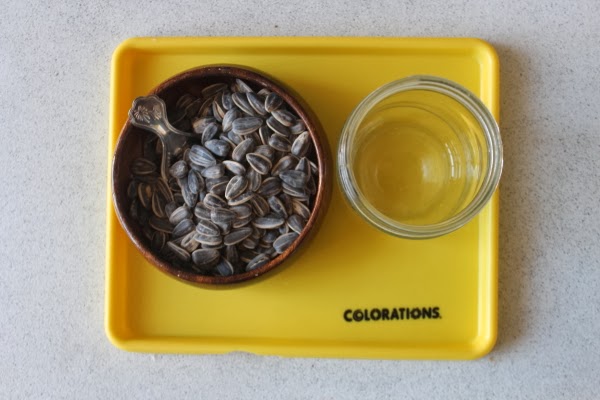 We also had a jar of store bought seeds for scooping and pouring. SOe of the seeds made their way to our play-dough table. 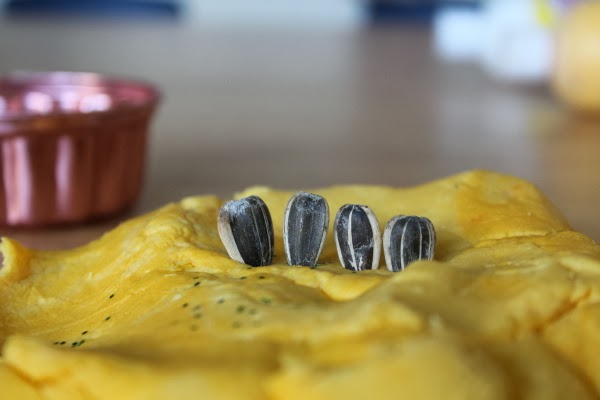 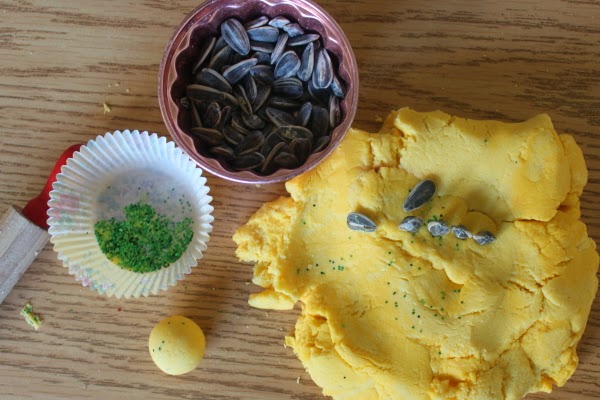 I made the dough and added a bit of lavender oil for scent. Add some seeds and some glitter and the children played and played for the longest time! 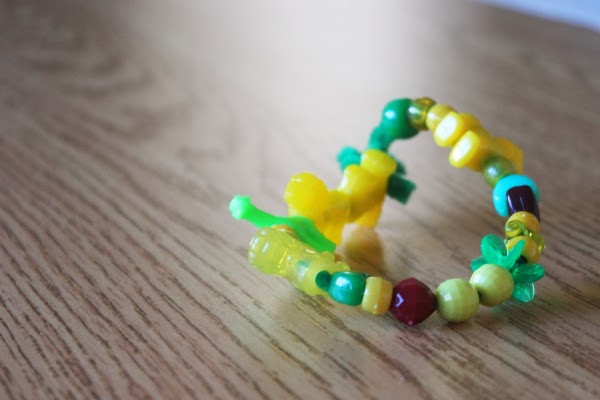 As we observed our sunflowers, the children named the colors they saw and we sorted our beads to make our own sunflower colored bracelets. 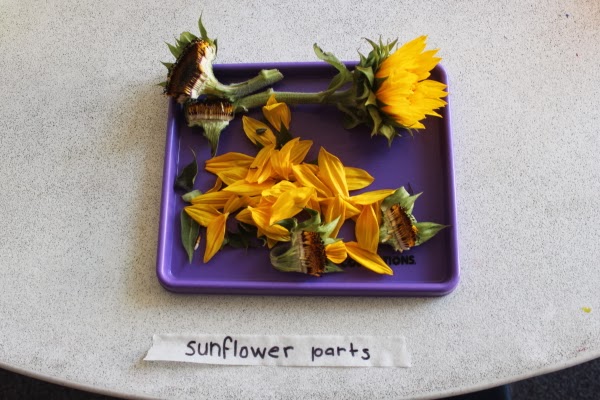 There was also some dissection going on. We wrote down the words the children used to describe what they saw, felt, and smelled. We talked about our senses as we made our observations. 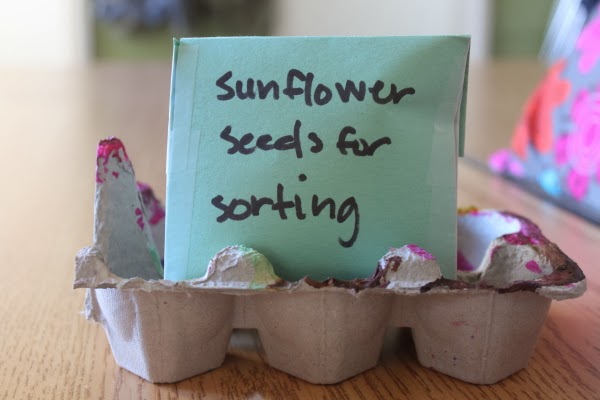 The children painted up egg cartons and scooped out seeds into green paper envelopes to take home for home sorting and playing. They were so proud! At the end of the week I sent the children home with a recipe for chocolate covered sunflower seed oatmeal cookies. Those were super tasty! We also did a lot of arty projects which I will post next. Sunflowers were a lot of fun to explore for the week. We will definitely do it again!
Posted by j. wilson at 8:18 PM

Email ThisBlogThis!Share to TwitterShare to FacebookShare to Pinterest
Labels: fall, in the classroom, sunflower study, sunflowers