one elephant went out to play... 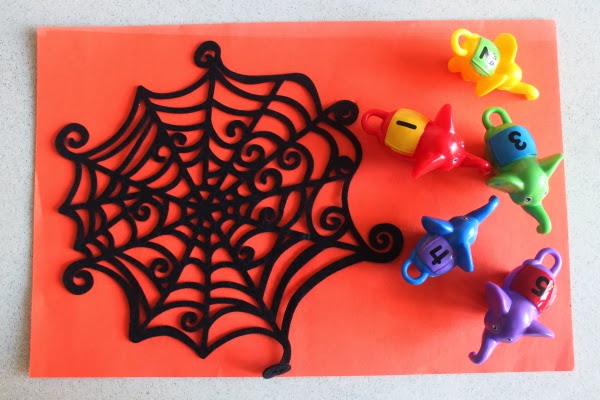 For our week of Elmer we focused on colors, squares, and elephants. One of the songs we sang a lot was this one and since the children really enjoyed it, I set up this invitation to play. 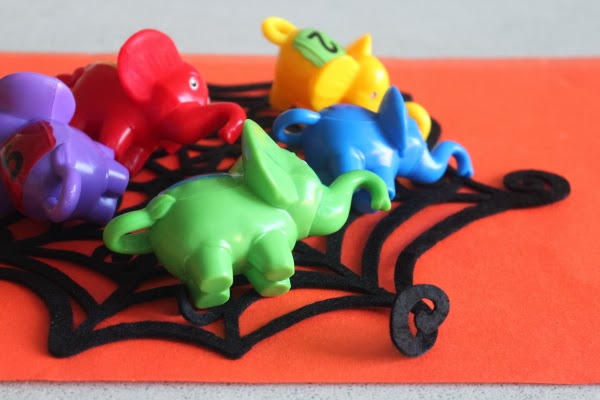 We sang the song up to five elephants and then the children tried placing all ten elephants onto the web. The elephants were purchased from Amazon and I am very happy with them. They connect trunk to tail and the children loved connecting them and playing with them. I often found them in the dollhouse. 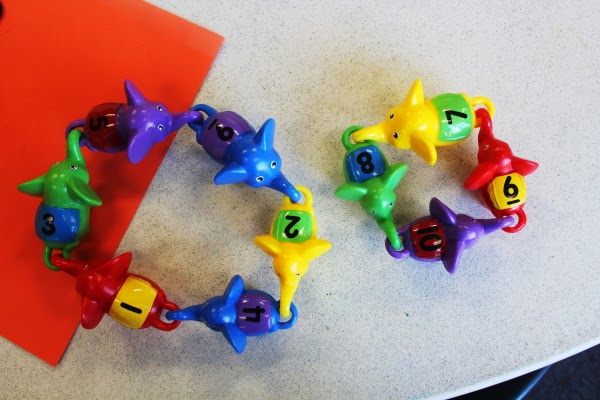 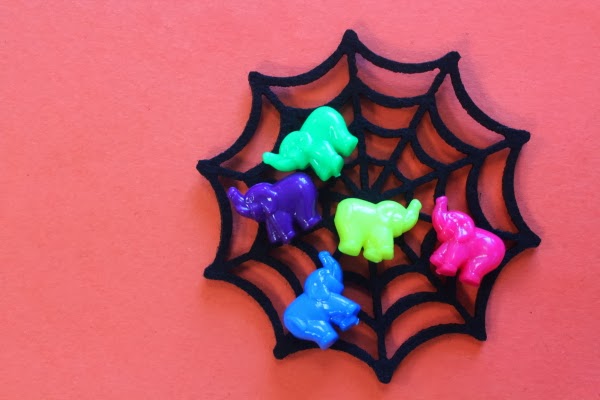 I often send the children home with their own mystery bag (more on mystery bags later). During our week of Elmer, they had their very own assortment of elephants and a small spider's web to play with. We had a lot of fun.
Posted by j. wilson at 8:40 AM