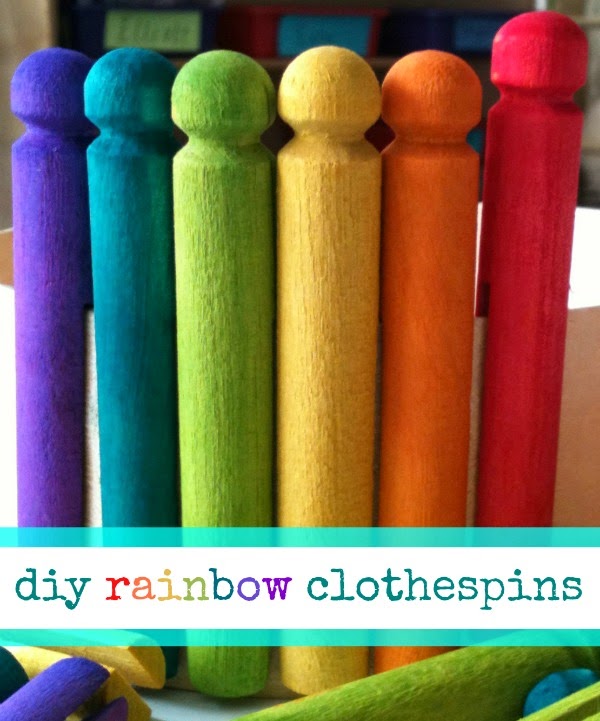 For our week of rainbow I dyed up a batch of wooden clothespins using the same method I use for dying pasta. 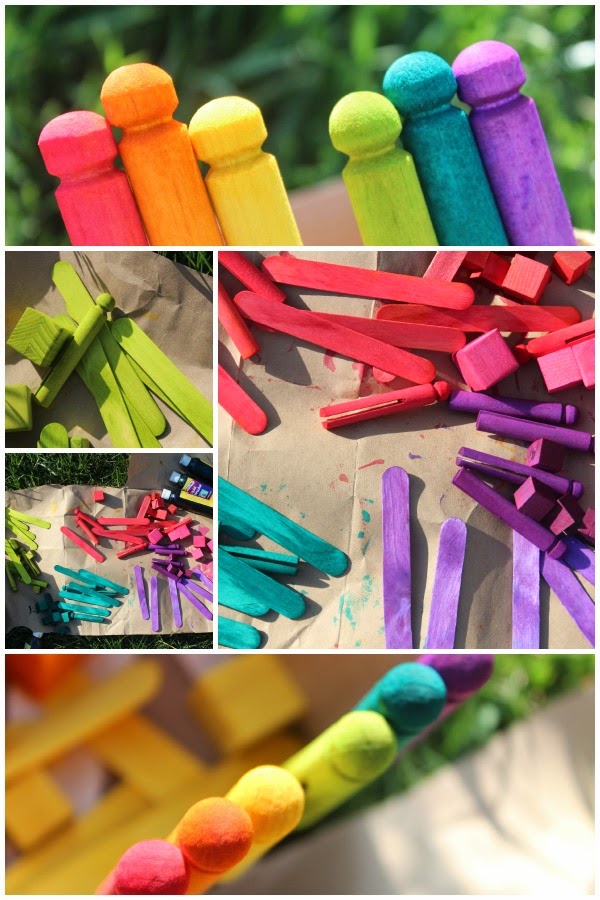 While I was at it, I dyed large craft sticks and small wooden cubes as well. These are not colorfast and do bleed onto paper and play dough when wet (maybe they would be colorfast if I had added rubbing alcohol). But that's okay, I think that only adds to their charm. 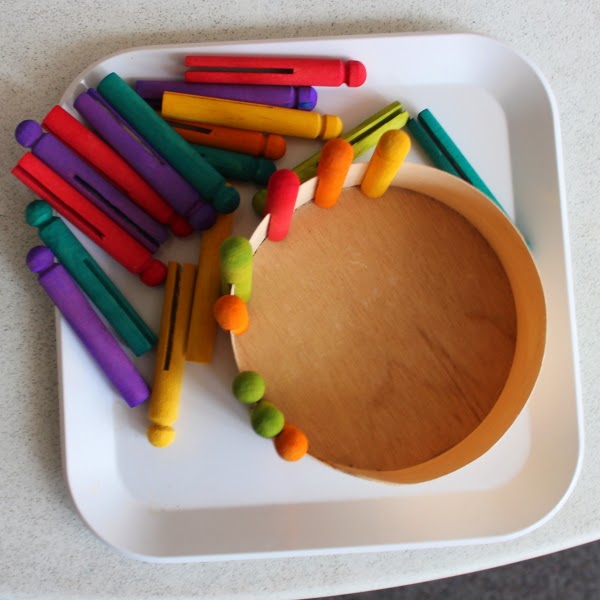 I set the rainbow pins up on one of my favorite trays along with a wooden storage box made of a thin veneer. I hoped the children would figure out that they could balance the clothespin on the side of the box and they did! I made multiples of each color so that they could sort or arrange as they wished. 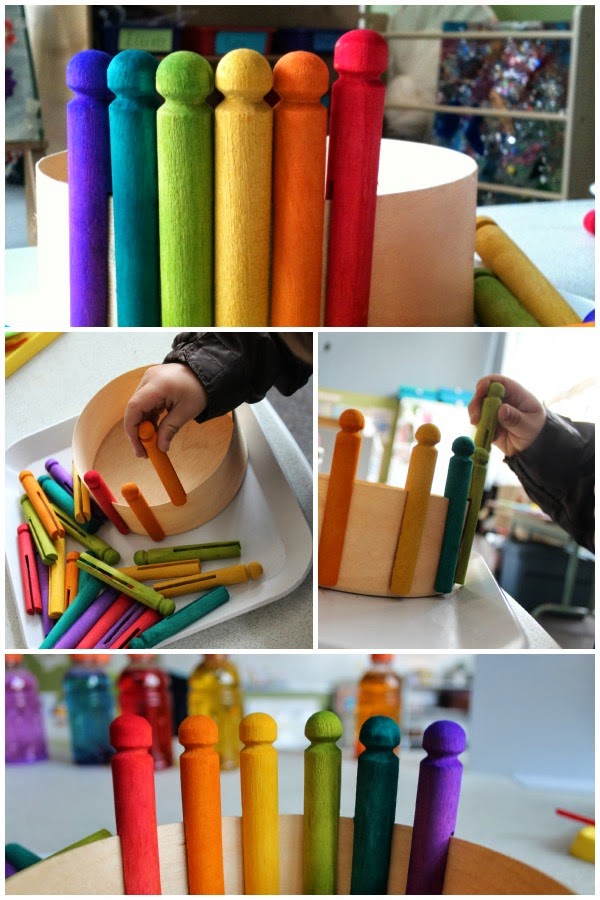 Some of the children noticed that all of the colors of the rainbow were represented. Others counted out how many pins there were. The clothespins migrated all over the classroom but mostly they were balanced on the edge of the box. Fun!
Posted by j. wilson at 8:00 AM