flowering tea observation {in the classroom} 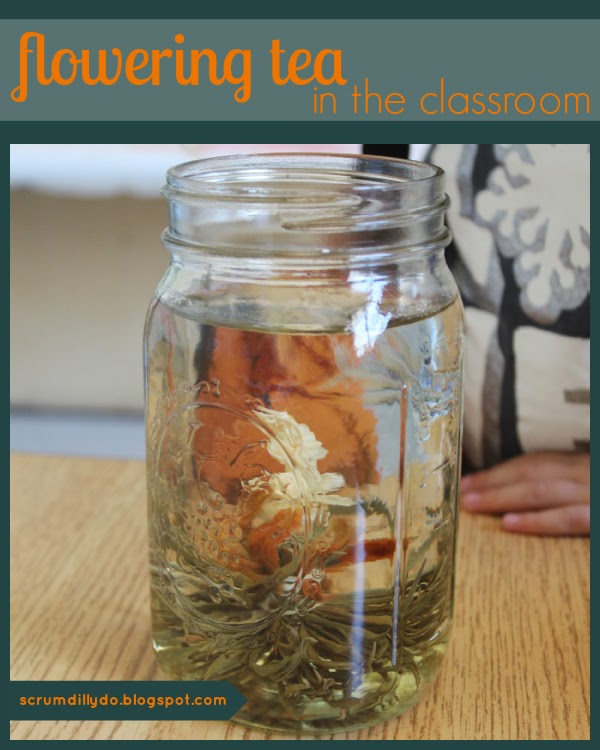 Have you ever brewed the loveliness that is flowering tea? As a part of our tea investigation I brought in a ball of flowering jasmine maidens from Harney & Sons. To brew flowering tea for drinking you should have a clear pot and hot water. We were not going to drink the tea (can you imagine three year olds hopped up on caffeine?) so I used my pretty mini pot and then transferred the flowering ball into a large ball jar. The tea brews just like a regular tea bag but is much prettier. To keep the jar of tea from getting cloudy with green tea, after the ball opened up I discarded the tea into a mug for myself and refilled the jar with cooler water. This was repeated throughout the day so that the kiddos could observe and comment on the pretty jar of tea. 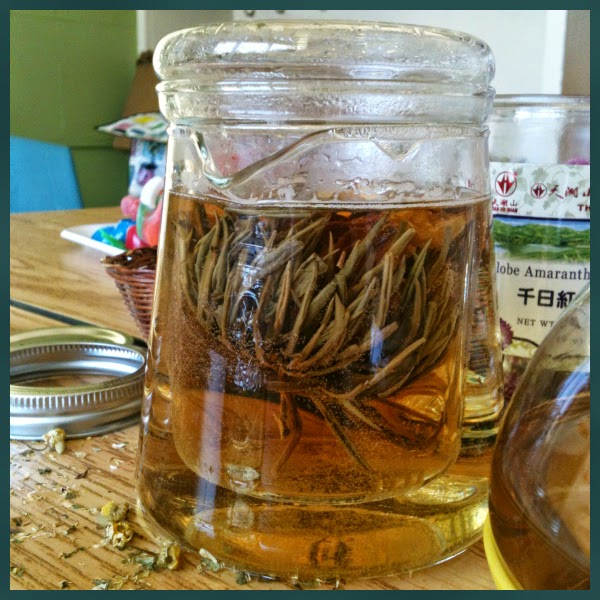 Harney and Sons flowering tea is not really priced to waste but you can now flowering tea at your local grocery store or online. Up above is my nifty single serve tea pot which we used for the initial brewing. The children asked a lot of questions and marveled at the idea that a person sewed the leaves together so that when we brew it the leaves would open up and bloom. Many of the children believed that the tea was a flower that was picked just like that. Some decided it was fairy tea. They also loved the scent of the tea, jasmine tea does smell quite pretty. We saved our flowering tea for the next class to view, it lasted two days before becoming hyper-bogged down with the water. Stay tuned for more tea investigation!
Posted by j. wilson at 7:39 AM

Email ThisBlogThis!Share to TwitterShare to FacebookShare to Pinterest
Labels: in the classroom, science, tea, tea investigation