let me tell ya about 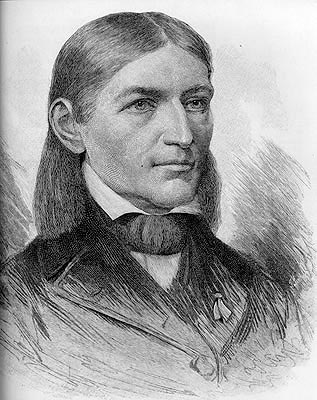 Frederich Froebel was an educational theorist born in 1782. He developed his educational theory that became what we call Kindergarten in 1837. Froebel believed that children best learned through play and the action of exploration. Even back then, the idea of learning through lecture and the banking of information left a sour note in Froebel's heart.

Many of the tenets of Froebel's philosophy are reflected in today's popular educational theories.  Waldorf, Reggio Emilia, Montessori, progressive and/or play based schools all lend themselves to the ideas that Froebel brought forth. Click here for some light Froebel reading and a breakdown.

The coolest thing, to me at least, about Froebel's Kindergarten is that many of the routines we do in preschool come from him. Circle time? Froebel. Nursery Rhymes? Froebel. Manipulatives such as block playing and sorting? Froebel! I have been hard pressed finding reading material on this fascinating philosopher. Most of the books I have found were written in the 1800s. So imagine my delight when I found out there was to be a Froebel convention just a few hours away from the tiny casa! This year's convention will feature the use of the Froebel gifts (i.e. manipulatives) and I am over the moon with the idea of learning more about them. As I wrap my head around articulating how awesome I beleive Froebel's theory is, I will be adding more info the scrumdilly-do! If you are a reader or fan or passer by who is interested in supporting my journey, I would greatly appreciate any donations to help me get to the convention. There is a happy little donate button up there on the left side-bar of the blog. If you have any direct questions, feel free to email me, I would love a conversation with you!

Thank you, and happy reading!
Posted by j. wilson at 1:58 PM

All images and content (c) 2007 - (c) 2023, Jessica Wilson, unless otherwise noted. Unauthorized use of images or content without permission is prohibited. Please give me a shout out if you have any questions!