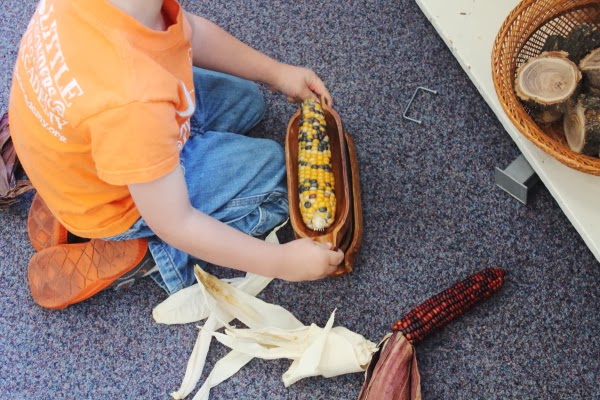 My class begins with forty-five minutes of exploration time. This is when the children arrive and explore the room, centers, activities, and supplies I have set up for them. Sometimes what I set up is a hit and crowd pleaser with the children playing in the one spot every opportunity they have. Other times....not so much. It's all good as it helps me to get to know the children better and figure out what will engage them to higher levels of play and what will not (no matter how much encouragement they receive). This young man was a first arrival one morning while I was still setting up and discovered the wooden corn-on-he-cob holders I picked up at a local thrift. I got them mostly because htey were wood and an interesting shape. I thought they would be interesting to sort items into and/or accompany play dough play. 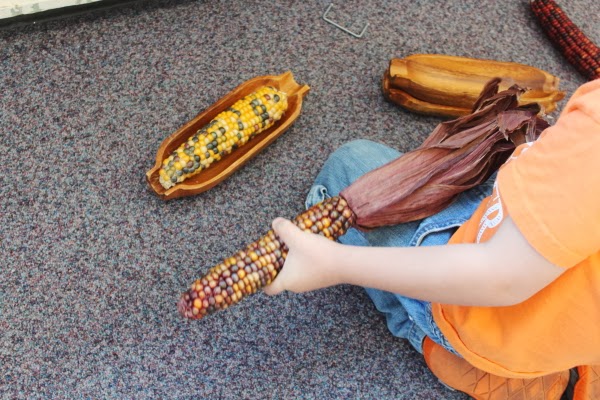 He asked me what it's name was and I told him it was intended to hold corn on the cob. His face crinkled up a moment and then his eyes flashed a wee light bulb and he was off looking for our ornamental corn that was no-longer on the nature shelves. I waited for him to use his words to ask me where the corn was and when he did I told him it had been put away and would he like to use it. 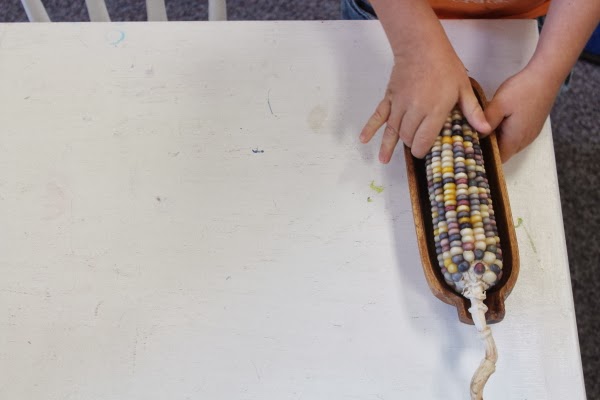 He did indeed, and so we walked to the big teacher cabinet where the corn had been stored and I pulled out the bag for him. He immediately sat on the floor and attempted to fit the corn into the holder. When that didn't work I told him the husks were in the way and that maybe they needed to be shucked, explaining what shucking was. It took him awhile but he did it for each of the four ears of corn. 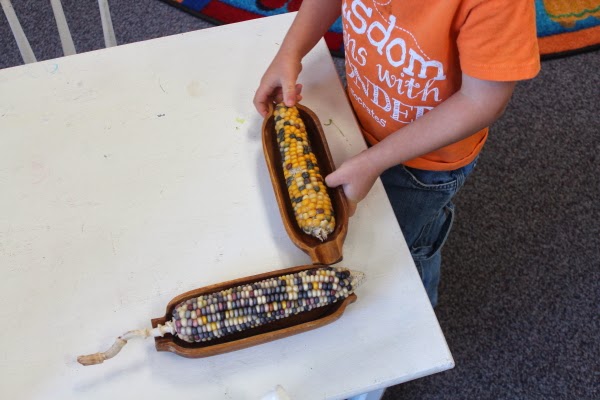 Then he carried each holder over to a table. After placing two of the holders down he exclaimed "Hey! I made a L!" 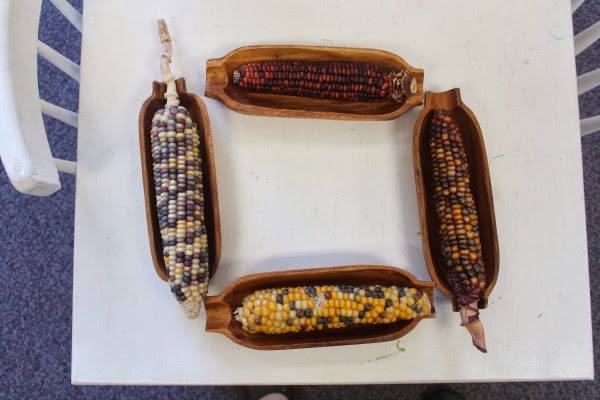 The L became an O and then a train and then so many other lovely, wonderful, imaginative things. The best learning comes from within and this kiddo had a grand time of it!
Posted by j. wilson at 7:21 AM