sometimes flowers need to be studied 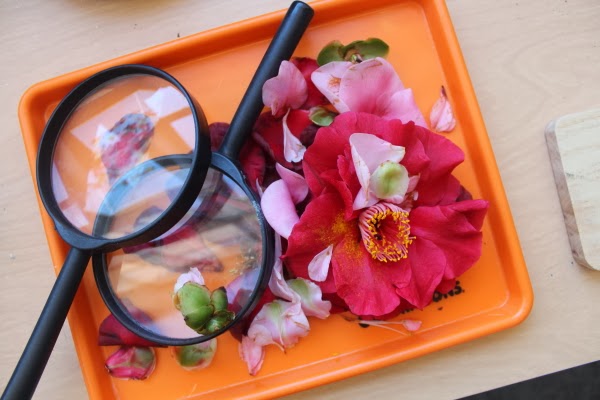 We were walking back from music to our classroom when one of the children spied a fallen camellia in his path. He immediately stopped, exclaimed, then picked it up. He held it out to me and I explained that he was holding a flower called a camellia. At that point the other children had to find their own and the hunt was on. We talked about only picking up the flowers that had already fallen and to not pick them from the bushes as there were plenty of fallen blooms. 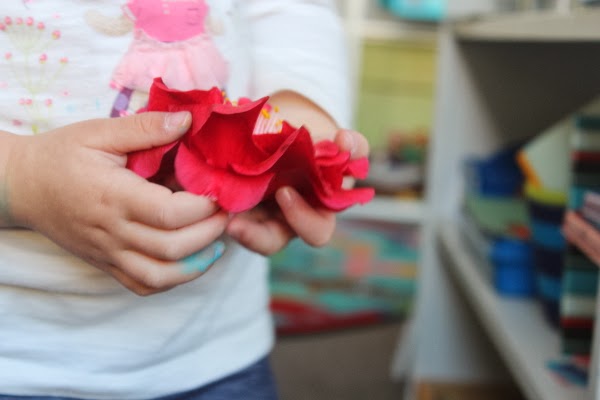 The children were excited to explore their flowers in the classroom so instead of the planned activity and discussion, trays and magnifying glasses were pulled out. It was science time! 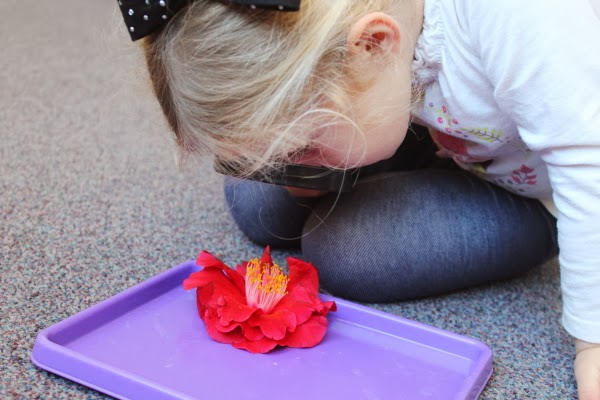 The children touched their flowers, sniffed them, and peered at them closely through a magnifying glass. I showed them the parts of the flower, naming each one for them. Some of the children wanted to pull the petals off of their flowers and I encouraged them to explore.
I asked the children if they wished to create a scientific label for the flowers. I pulled down the typewriter and typed out their dictation. Later some of the petals made their way into our play dough while others were put in glass jars with water for observation. I love it when the day takes you somewhere else.
Posted by j. wilson at 5:10 PM