oh, the fun that we had: pink ink 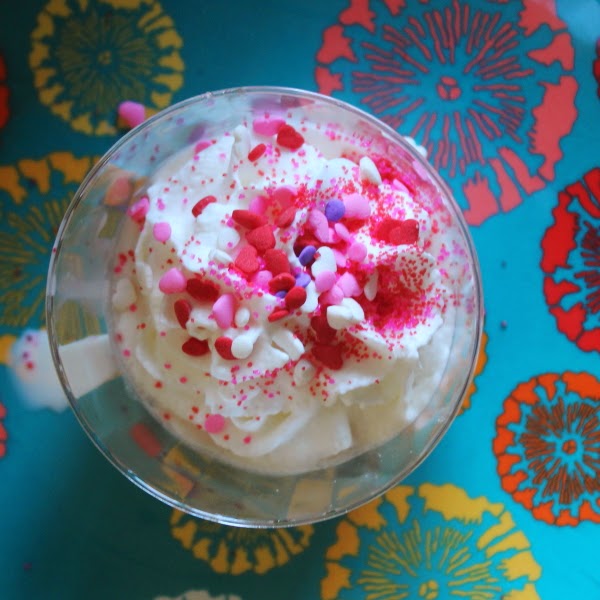 Another fun project from One Fish, Two Fish, Red Fish, Blue Fish was making Pink Ink (it's what the Yink drinks).  We do a lot of recipes in the classroom, both real and made-up (concoction making and experimenting). Recipe following falls right in line with early math skills. Children are learning sequencing along with cause and effect (what happens when we add something, what happens when we leave something out). Cooking and recipe following in the classroom is always exciting. The children also learn new vocabulary words and further develop all those motor skills that are so important to coordination, balance, and learning. 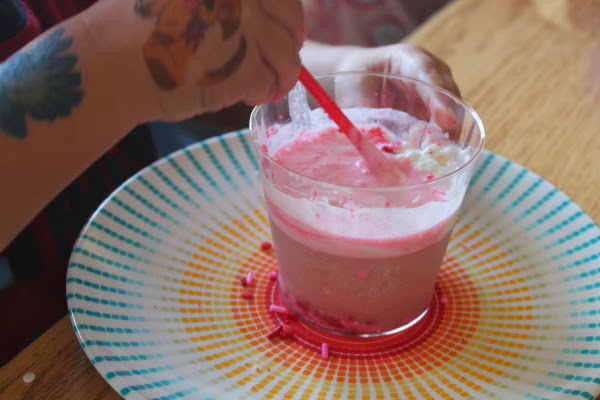 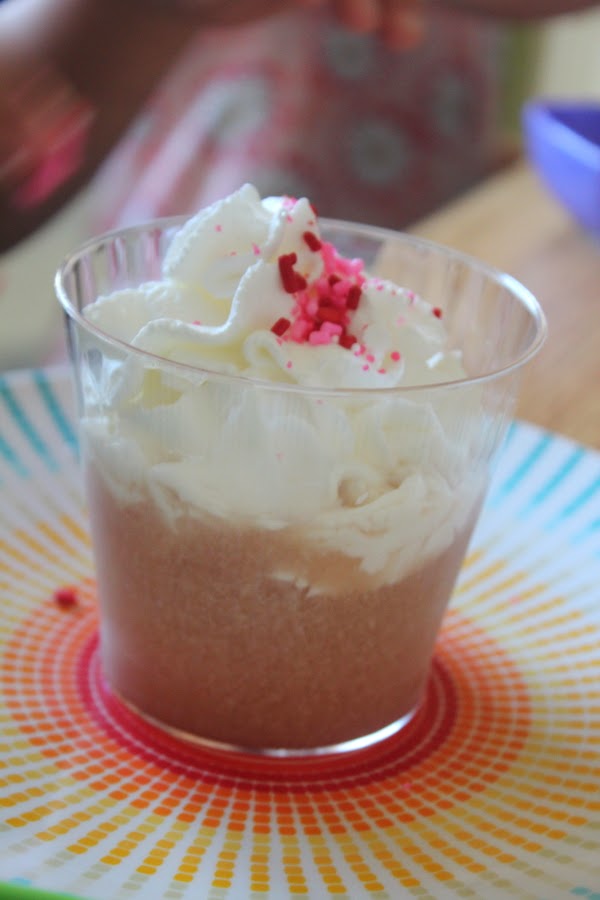 For our Pink Ink recipe I wanted to do something easy that mostly focused on following steps in order. My first thought was strawberry milk but that was just so pink. Then I thought of making a french soda without the fizz and off I went in search of juice. I knew we were going to use whipped cream and sprinkles so I went with a no-sugar added option. The problem with that is the more natural the juice the less pretty it is (not really a problem but it was funny when the pink ink was hardly pink). 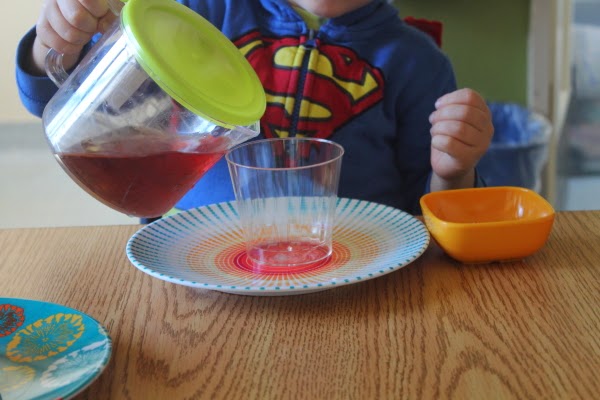 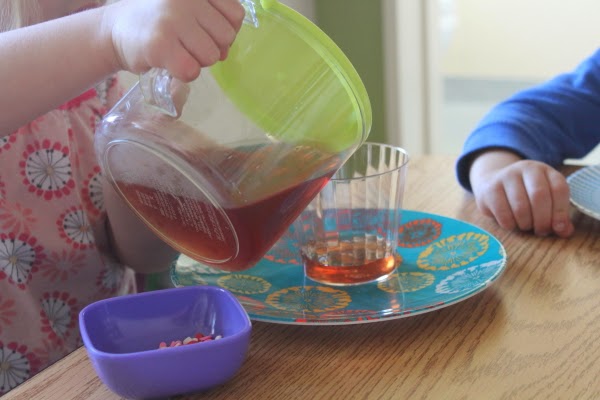 The set up included clear cups on plates and a happy curly straw. The first step was to pour some juice into their cup. Each child took a turn and poured as much or as little as they wished. We do a lot of pouring practice in class when we make cocoa (which is always a treat and I need to do a post on the cocoa fun) and the children know that sometimes a spill happens and that's okay, we just clean it up. They all know where the dishtowels for cleaning up are which makes it easy and they own it. 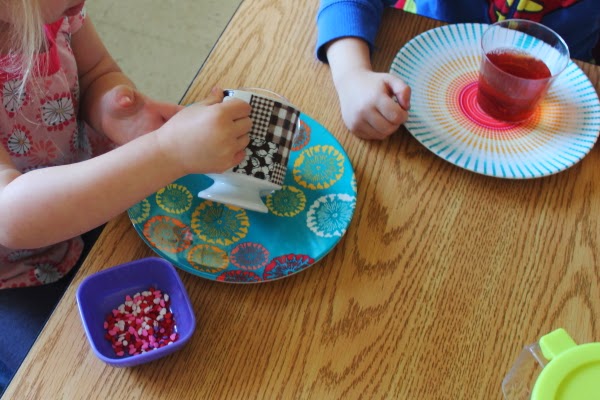 After juice came milk  then whipped cream (we did not get a chance to make our own cream so I sprayed some on top for them). 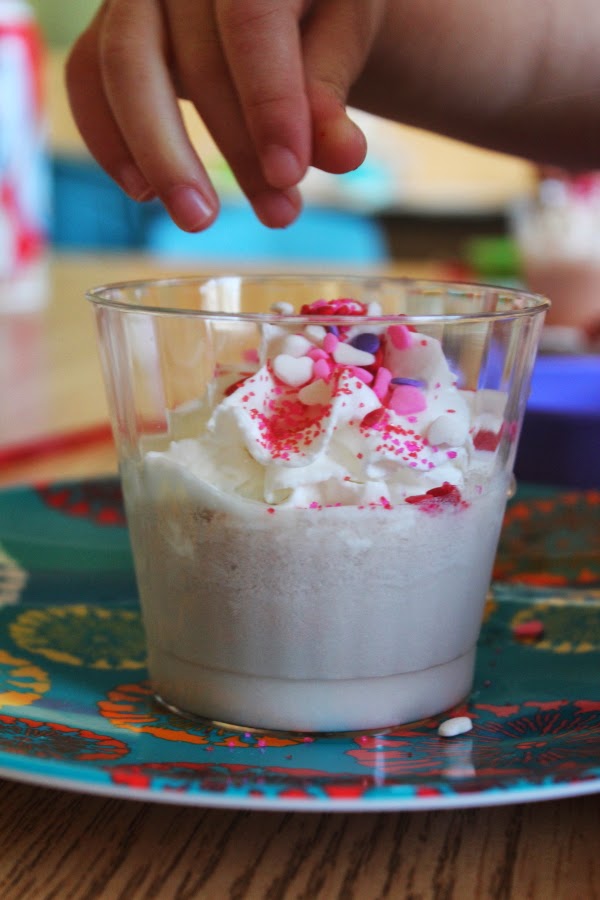 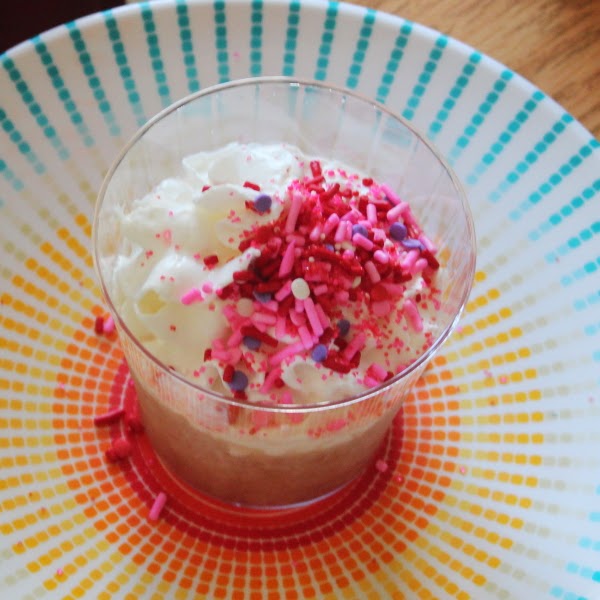 After the cream came the sprinkles (which thankfully had soooo much color in them the drink did indeed turn pink after much stirring had happened) then the straw. 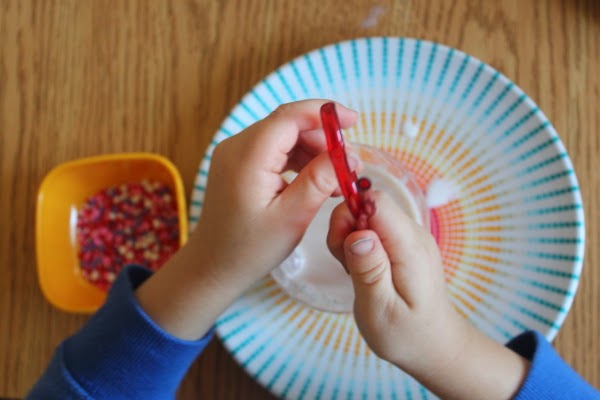 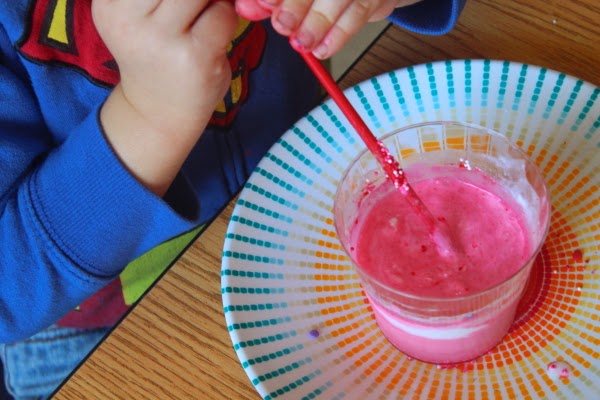 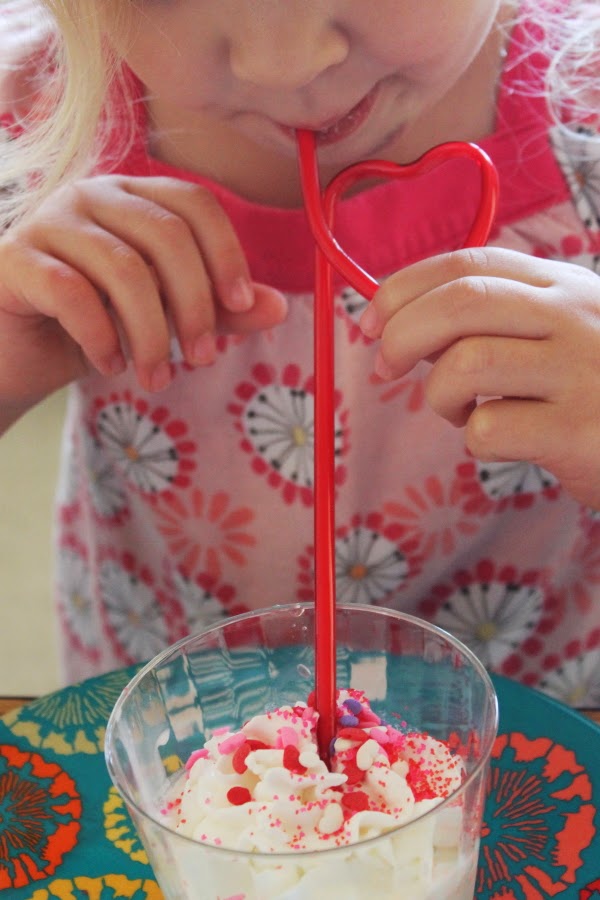 The children oohed and aaahed over their concoctions and went about investigating them as they would any set of science supplies I set out for them. I asked them to use their senses and tell me what they observed. There was a lot of enthusiastic sniffing and poking and tasting. Oh so much fun!