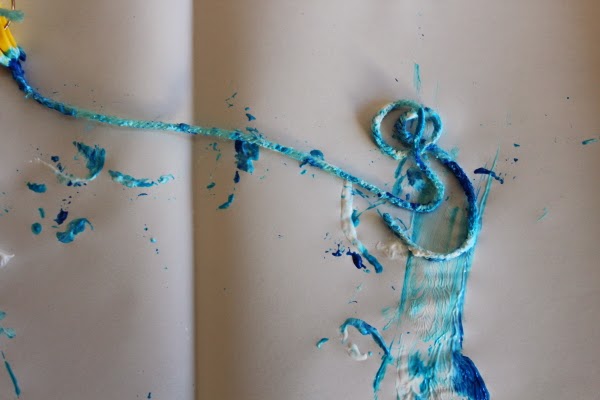 Here is another art table set up we had during our week of The Three Little Kittens. Painting with yarn! 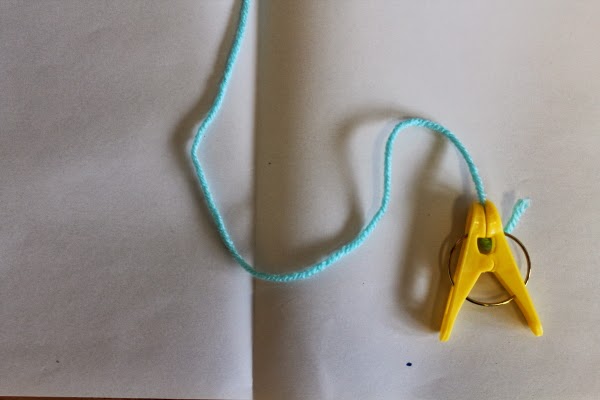 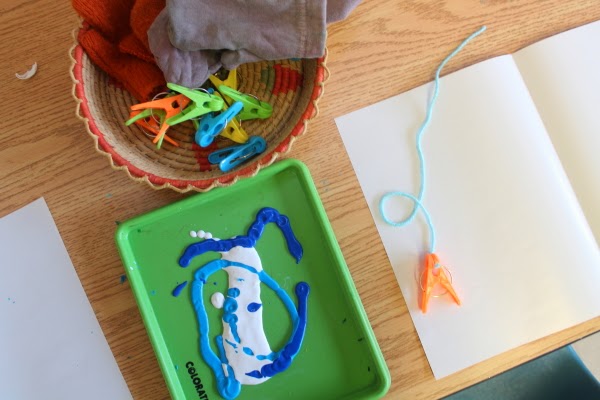 Large paper was set out with a tray and some paint. The children selected the paint colors as a group before getting down to business. I explained that instead of paintbrushes we would be using yarn. I did not go into anymore detail than that. I did however, fold the paper in half to see what the children would do and/or say about the crease. 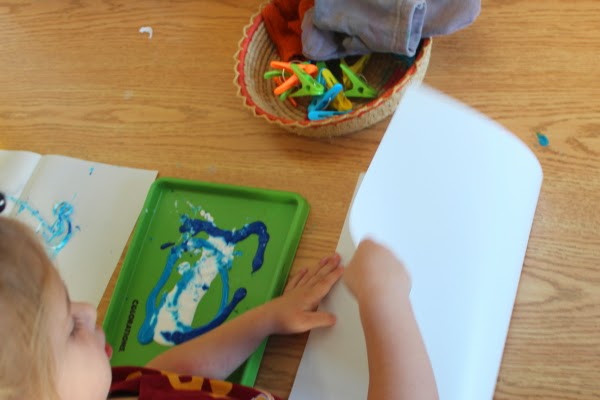 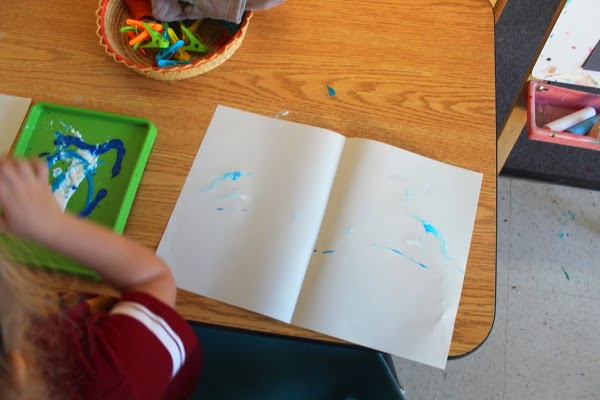 Funnily enough, no one said anything about the crease. They just sat down and got to work. Some did one dribble of yarn while others switched to mittens or just popped their hands into the paint. 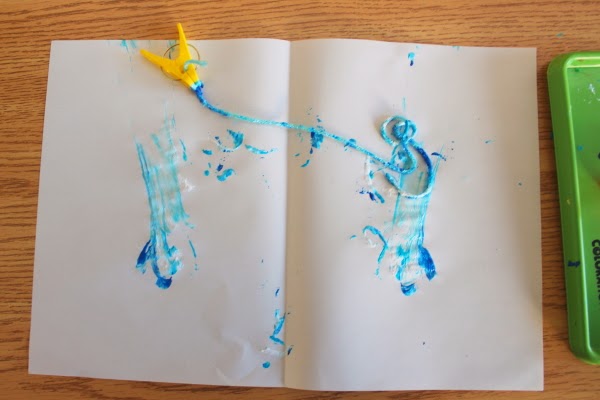 We had done some symmetrical pictures before in class so the children knew about the painting on one side aspect of this project. In different art books they would suggest you place your yarn on the paper, fold it in half then gently pull the paint ladden piece of yarn out to create a squiggle pattern. Some of the children popped their yarn down onto the paper, folded, then smoothed their hands over the paper. Later in the day, I asked what would happen if we pulled the string out before unfolding the paper? One enterprising young one tried it and this is what happened.
Posted by j. wilson at 10:14 AM

Email ThisBlogThis!Share to TwitterShare to FacebookShare to Pinterest
Labels: alternative paintbrushes, in the classroom, mittens, painting with threes, three kittens