oh, the fun that we had: graphing goldfish 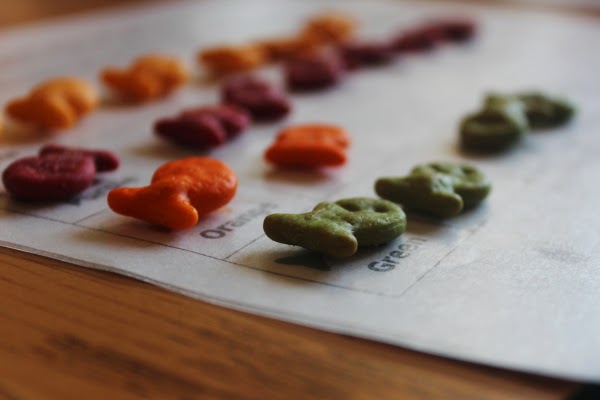 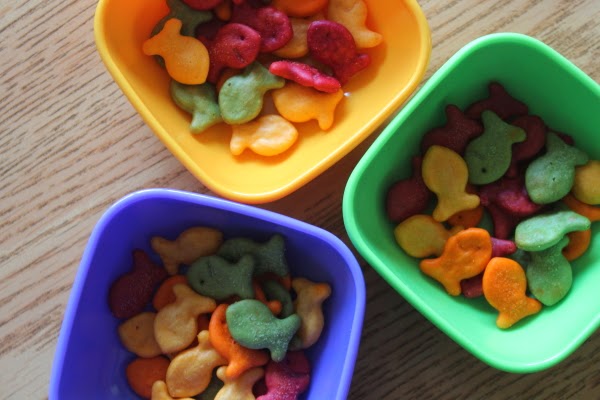 During our Dr. Seuss week we read One Fish, Two Fish, Red Fish, Blue Fish. We read it many, many times. One of our fishy activities was to graph goldfish crackers. I generally do not do worksheets in the classroom. These goldfish sheets were a take home project for the children to do at home. I wanted to familiarize the children with the process and so we set up an area for the graphing. It goes without saying the the mere presence of the bag of crackers was exciting. What was even more exciting was when I opened the bag and the children saw that the crackers were in different colors. 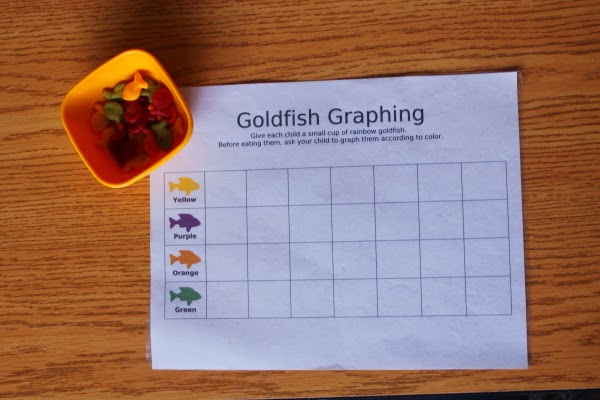 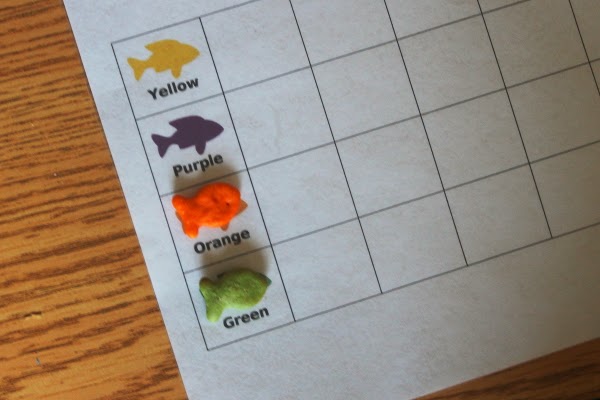 I used this graph printable and laminated it with clear contact paper so that it could be wiped down and used again. I placed a random handful in each child's cup and we discussed the graph and how it was the same yet different than our large masking tape graphs we use in the classroom for various searches and hunts. 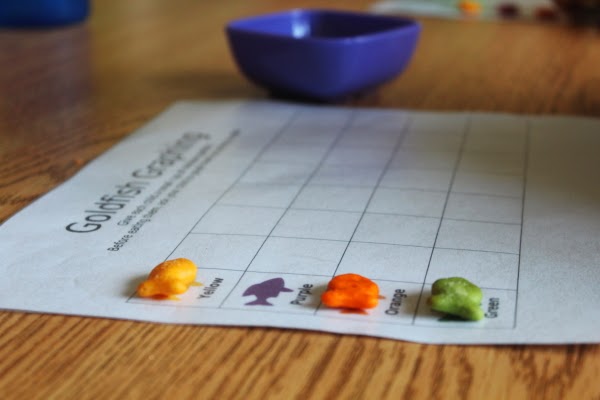 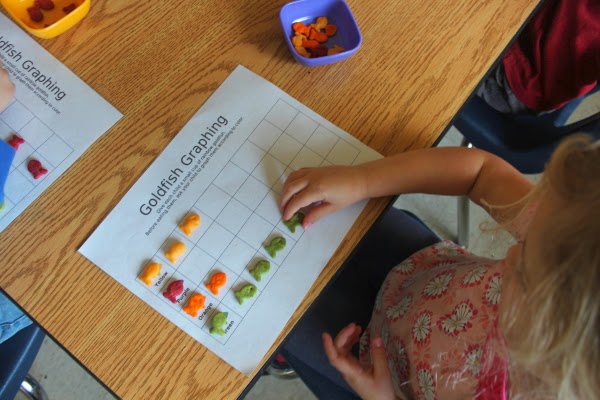 It took a few tries for the children to get the hang of the graph. After they finished placing their crackers onto their graphs each child estimated which row/color of goldfish had the most. Each child counted their rows which spared conversations and estimations regarding who had the most/least, etc. After all the counting, estimating, and listing had happened the children got to eat their crackers. 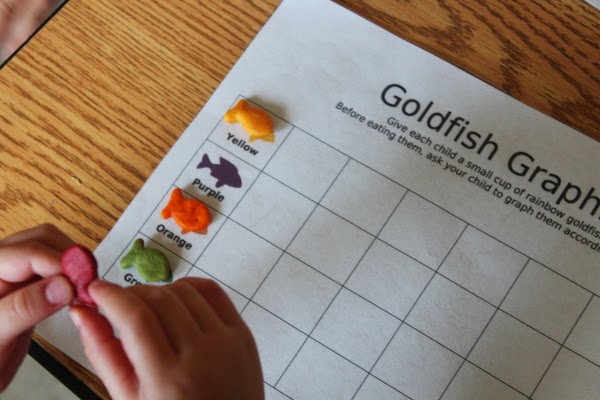 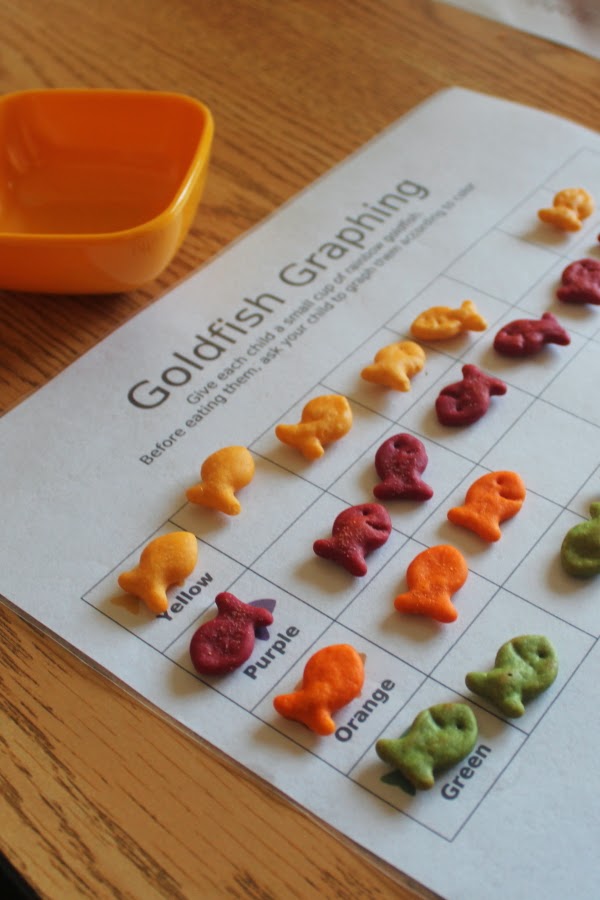 After a round of hand washing the children got to count out ten crackers to take home for graphing at home. The parents were really keen on the activity and the children had a blast! Oh the fun!
Posted by j. wilson at 6:22 AM